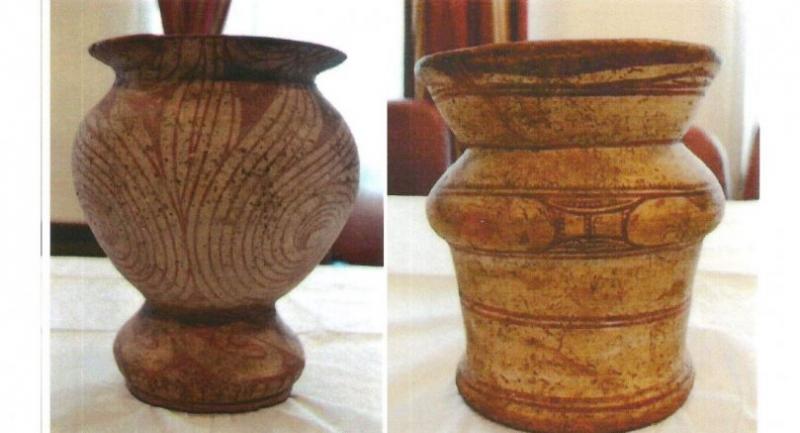 “Now all Thai artefacts have been returned to the Kingdom and are in safe-keeping at the Foreign Ministry in Bangkok,” said Vira.

Fine Arts Department director Anan Chuchote said that he and his art experts would return the works next week to the collection of the National Museum in Bangkok.

“We plan to display the returned treasures at the National Museum, and at a later date at the Baan Chiang Museum in Udon Thani,” Anan said.

“The US Department of Homeland Security is investigating the case of two prominent 11th-century stone lintels from Prasat Nong Hong in Buri Ram province and Prasat Khao Lon in Sa Kaew province, which are currently in the permanent collections of the Asian Art Museum in San Francisco,” Vira said. The Culture Ministry’s ad hoc committee for retrieving smuggled treasures from abroad is now working to prove that the works were smuggled from Thailand, and would then call on the Americans to return them to their homeland, he said.

Meanwhile the committee is also following up on proving that a 13th-century Buddha sculpture was smuggled from Thailand and now resides in London University’s prominent School of Oriental and African Studies (SOAS).

“We hope to identify its origin within a month,” Anan predicted.

Vira said the Cabinet had just approved budget funding for this special task – the process of repatriation of smuggled ancient Thai artefacts from overseas.