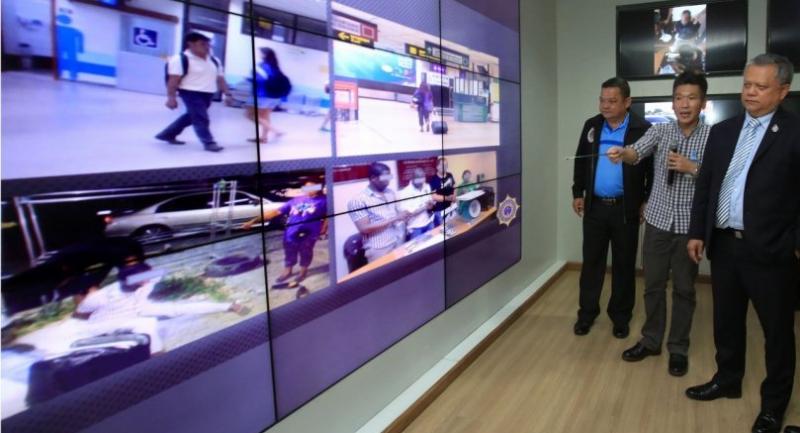 THAI AUTHORITIES have arrested 261 transnational drug suspects, most of whom originated from West Africa and used their unsuspecting Thai wives as drug couriers, Narcotics Control Board of Thailand (ONCB) chief Sirinya Sitdhichai said on Wednesday.

The men offered the women free trips to Japan with a request to carry luggage, which was later found to contain narcotics and led to the carriers’ arrests, said Sirinya.

Under an operation spearheaded by the Airport Interdiction Task Force (AITF) since 2012, Thai officers have arrested 261 suspects in 221 cases, |and seized 471 kilograms of cocaine and 198 kilograms of crystal methamphetamine or “ice” in Thailand, Sirinya said. The latest arrest was of a Nigerian man, Collins Elochukwu Orakwue, |a key member in the drug-trafficking gang, in Surat Thani’s Koh Samui district on August 3.

It stemmed from the Japanese authority’s interception of a large amount of drugs late last year from a Thai woman, and Japan’s subsequent request for their counterparts to pick up the investigation and nab the Western African suspect who had used the Thai to smuggle drugs into Japan, Sirinya said.

Orakwue’s arrest also led to the arrest of gang member, Nigerian Chinedu Victor Okeke, along with 284 grams of cocaine on Koh Samui. |He faces a drug possession charge.

The AITF officers also shared information with their narcotic-suppression counterparts in other countries, Sirinya said. The number of Thai nationals arrested at Japanese airports since April stood at 26 suspects in 23 cases from which 27,671 grams of “ice” had been confiscated.

He said the many arrests at Japanese airports of drug-smuggling Thai women – who were either willing participants or were lured by free tour offers to carry luggage - prompted the Japanese police to also join the ONCB probes. Apart from arresting those involved in smuggling drugs from Thailand to other countries, the AITF also cracked down on those transporting drugs into Thailand or transiting through Thai airports to reach a third destination.

He said those smuggling cocaine via flights into Thailand, as per the Western African suspects’ orders, usually originated in South American countries, including Columbia, Peru, Argentina and Brazil, and then paused in Middle Eastern countries. Meanwhile, gang members in Thailand would arrange for Thai or Southeast Asian women, who were married to – or had relationships with – the gang members, to move the drugs to other destinations, such as Japan and South Korea.

The AITF’s success in intercepting drugs coming into or out of Thai airports had led to many gangs shifting to smuggling drugs into a neighbouring country’s airport, and then transporting the illicit cargo by land into Thailand instead, he said.