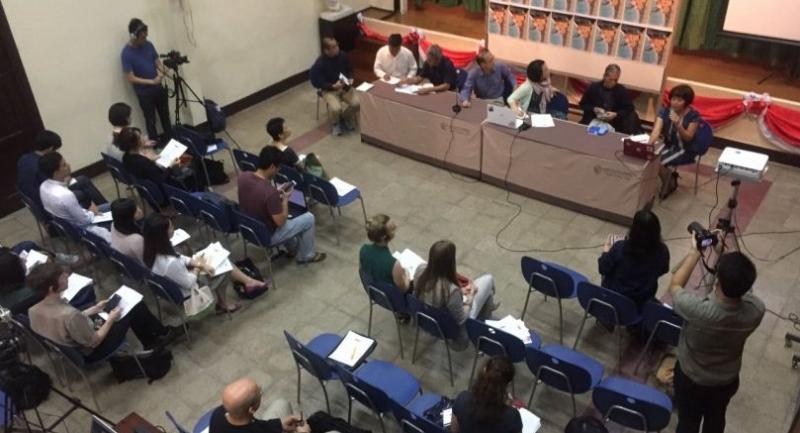 LAOS HAS to wake up from its dream to be the major power supplier of the region, say critics.

The recent tragedy at the Xe-Pien Xe-Namnoy hydropower dam has clearly demonstrated that the benefits from selling electricity are small compared to the loss of human life and suffering of Lao citizens, along with the irreversible damage to the environment, said experts and environmentalists.

They were speaking at a public panel discussion yesterday at the Christian Student Centre in Bangkok. The experts, who discussed foreign investments in hydropower dam projects in Laos, on the whole agreed that Laos’ ambition to be the “Battery of Asia” had done more harm than good for the country. The real beneficiaries of this policy are the foreign investors and hydropower companies, while Lao residents, who suffer the most adverse impacts from the dams, barely get any benefit, they said.

Instead of continuing the unfair trade with the foreign energy industrialists, a participant suggested the Lao government set aside their costly hydropower ambitions, and seek sustainable economic strategies based on the country’s strengths and identities.

Niwat Roykaew, a prominent environmentalist and local sage from Chiang Rai’s Chaing Khong district, said the claims of hydropower dam developers that the local people and the country would get many benefits from building dams, have been contradicted by evidence from the sites of the facilities operating in Laos.

“The dam developers always say that their project will provide free renewable energy from water, while the dam’s reservoirs would support local agriculture and aquaculture and be the water management tool for prevention of flood and drought,” Niwat said.

“These are all myths, as even after many were built on the upstream of Mekong River, there were still floods in the downstream areas. Moreover, they have never admitted that generation of electricity from hydropower dams actually has many hidden environmental and social costs.”

He said construction of dams greatly change the river’s environment, causing gradual environmental degradation, accumulated damage to the river ecosystem, eventually leading to an ecological catastrophe in the river.

The death of the river’s ecosystem will also heavily affect the way of life and traditional culture of the local communities along the riverbank that rely on the resources from a healthy ecosystem, he said.

“The only reason dam developers insist on maintaining this hydropower development strategy is because they are the ones who get the most benefit from the policy. The over-investment in hydropower in Laos has served only the objective of making the already rich investors become richer,” Niwat said. Premrudee Daoruang, coordinator of Laos Dam Investment Monitor, said the disaster at Xe-Pien Xe-Namnoy hydropower dam has provided the clearest example yet on the danger of hydropower dams in Laos. This tragedy was not caused by a natural disaster, but by human errors, she said.

“The dam is poorly built in an effort to minimise the construction costs as much as possible. The dam developers also did not warn the people downstream, even though they had noticed the signs of damage to the dam structure,” Premrudee said.

“Moreover, the flash floods triggered by the dam’s collapse has also affected a large area across the border in Cambodia, emphasising the truth that Mekong River system is an international river, so there should be a transboundary impact assessment study for every large construction project in the river.”

The organisation, Save the Mekong, issued a statement at the panel to the investors and loan providers of the Xe-Pien Xe-Namnoy hydropower dam project. The coalition of non-governmental organisations, community-based groups, and concerned citizens within Mekong region demanded that the companies take responsibility for the disaster, as it was their investment project, and fully remedy the impact on every victim of the dam’s failure.

Supalak Ganjanakhundee, editor at The Nation, pointed to the problems that Laos faced from hydropower investment projects, the current electricity generation situation in the region, and the issue of accuracy in power-demand predictions. Those issues make it unrealistic and financially unreasonable for Laos to pursue its goal to invest in hydropower projects to meet the power demand of neighbours, said Supalak.

However, Supalak said, the Laos government had shown an understanding of the problems with its Battery of Asia plan when it announced recently a review of the hydropower strategy.

He suggested that the Lao government consider an alternate plan to drive the country’s economy and fight poverty. Laos is a small country, he said, but rich with a diverse and distinctive cultural heritage of many ethnic minorities. The natural attractions and picturesque scenery of Laos are also famous. Considering these advantages, Laos could be easily developed into a globally renowned eco-tourism destination, Supalak offered.