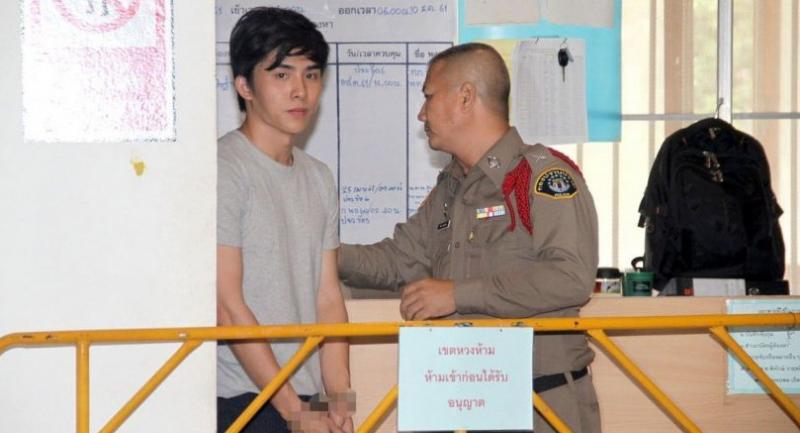 POLICE have cracked down on an investment scam allegedly involving a famous actor, his siblings and some prominent Thai investors, after a foreign victim reported financial losses of almost Bt800 million.

The case raised concerns about financial fraud, notably in relation to complicated digital assets, as authorities have indicated that such crimes are growing.

Jiratpisit Jaravijit, a 27-year-old actor, was arrested at a filming location in Bangkok yesterday. The CSD chief said arrest warrants had already been issued for Jiratpisit and his older siblings Parinya and Supitcha. The actor’s siblings have not been arrested yet because they are overseas.

“We have already alerted the Immigration Bureau,” Maitree said.

The CSD began investigating the siblings after Aarni Otava Saarimaa, a Finnish man, lodged a complaint on January 30.

“The gang lured the victim to transfer 5,564 bitcoins [equivalent to about Bt797 million] to its e-wallet, claiming the payment was for the shares of three firms, including DNA 2002 Public Company Limited. But he never received the shares after making the transfer,” Maitree said.

The CSD chief said the bitcoins were converted into Thai currency and then transferred to the bank account of the siblings, before the sum was divided among different gang members.

“Apart from these three, there are four other suspects – most of whom are well-known businesspeople,” Maitree said.

CSD deputy commander Pol Colonel Chakrit Sawasdee said the authorities had already seized land worth more than Bt200 million owned by Jiratpisit’s siblings, as investigation suggests the plots might have been bought with the ill-gotten gains.

“Next we will summon his parents for questioning,” he said.

An informed source said Jiratpisit had denied any wrongdoing, and was insisting that the bank account under investigation was actually managed by his older brother.

According to Maitree, the Jaravijit family is of good financial standing and social status in Chon Buri province. However, evidence suggested that the actor’s older brother, Parinya, had engaged in dubious transactions and encouraged his siblings to join in. Jiratpisit, who has featured in several TV series and commercials, was still in police custody as of press time.

According to the Bank of Thailand, complaints related to financial fraud are on the rise, with as many as 1,482 cases last year. This marked a 13.7 per cent increase from the previous year.

Most of the complainants had been deceived by offers made via phone calls, emails or social media. Many people were talked into investing in community enterprises, which were falsely claimed to be backed by foreign entities.

Some people were deceived into investing in cryptocurrencies and pyramid schemes. In the fourth quarter of 2017 alone, there were 38 fraudulent investment cases. There is no information on how many cases were prosecuted.

Thuntee Sukchotrat, an IT expert, said the lack of regulations on digital asset trading left room for syndicates to deceive people.

“Now the SEC [Securities and Exchange Commission] has issued regulations to govern digital asset transactions, so investors are better protected,” Thuntee said. He is a co-founder of JIBEX, an exchange for cryptocurrency trading.

At present, there are five digital asset exchanges operating in Thailand, but they have not yet received an official licence from the SEC. They were expected to get their licence this year, he said, adding that some 20 companies were seeking licences so far.

Meanwhile, Korn Chatikavanij, former finance minister and chairman of the Thai Fintech Association, warned that investing in digital assets was riskier than other types of financial assets.

Investment in digital assets may be more complicated, but digital assets and block-chain technology will benefit the Thai economy in the long run, he added.