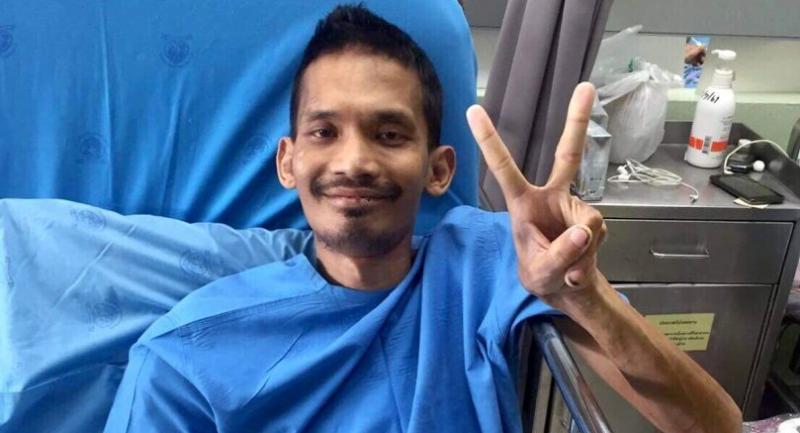 Police have revealed that Myanmar violinist Nyein Chan Oo, who went missing since the night of August 2, is in hospital. He had been admitted with bruised arms and severe disorientation – which is believed to have been caused by his lung medication. The violinist had gone missing after leaving his rented room in Bangkok’s Sutthisan area on the night of August 2.

He told his 39-year-old fiancee – who is from Myanmar but holds an Australian passport – that he was stepping out to buy some food. He did not have his passport or travel documents when he left.

On August 5 police learned that a man had been taken from Hua Mark Police Station to hospital. The man had been found wandering and shouting loudly in front of Wat Thepleela in Ramkhamhaeng area earlier in the day. He had bruises on his arms and was speaking incoherently.

Reports on the missing violinist later prompted hospital staff to call the police.

Though he is recovering, he still has no appetite and is quite foggy, Sompong said, adding that the patient would have to undergo more tests.

The violinist’s relatives have told police that the medications he has been taking to treat his lungs might have affected his brain, Sompong added. Deputy Tourist Police chief Maj-General Surachate Hakpan said the Myanmar Embassy had been notified about the missing violinist being found, and the Myanmar government has thanked Thailand for locating and taking care of its citizen.

The man is reportedly a Myanmar politician’s nephew.

Nyein Chan Oo’s fiancee, who had come to Thailand to spend her holidays, returned to Australia on August 7 as previously scheduled.