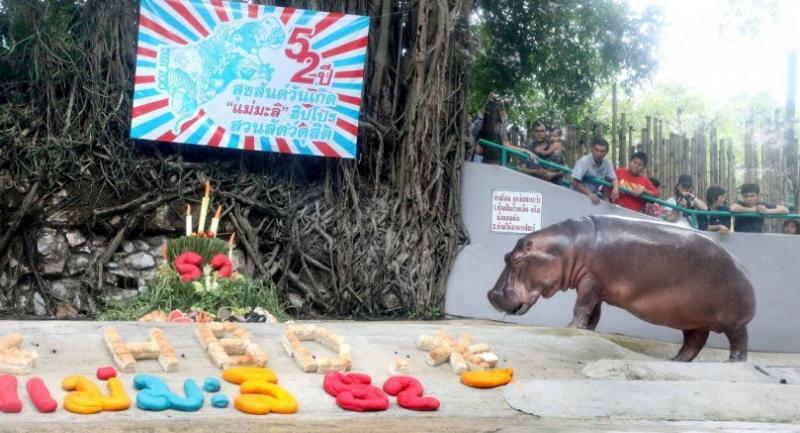 90 species off to new homes as Bangkok’s Zoo closes

The largest relocation of animals in Thai history has been underway for a month as authorities prepare to shut down Bangkok’s Dusit Zoo.

The zoo closes its doors at the end of next month, after which all animals – a total of 90 species – will be moved to six other zoos across the country. Some of the animals will stay in their new homes for good, while others will be moved again after three years to new and more spacious facilities in Pathum Thani.

Attaporn Srihayrun, director of Chon Buri’s Khao Kheow Open Zoo, one of the places where Dusit Zoo’s residents will be moved, explained that relocating animals is difficult and will pose a major challenge to the zoologists in charge. The state-run Zoological Park Organisation will first have to ensure that all animals are healthy before moving them to their new homes, where they will initially be quarantined. The zoologists will also have to help the animals get used to their new surroundings.

It will take about four months to move all animals from their home in the heart of Bangkok to Khao Kheow Open Zoo and other habitats in Chiang Mai, Nakhon Ratchasima, Songkhla, Ubon Ratchathani and Khon Kaen. Some animals like giraffes will have to spend some time in their transportation crate so they can get used to it before they make their journey to their new home, explained Patarapol Maneeorn, a veterinarian at the Department of National Park, Wildlife and Plant Conservation.

“Zoos usually transfer animals at night to avoid heavy traffic and when the temperature is cooler,” Patarapol said, adding that the trucks also have to avoid bumpy roads so the animals are not unnecessarily stressed. “Some animals also get nervous when exposed to the outside environment, so they may be calmed down with a blindfold or a tranquilliser,” he said.

Upon arrival at their new homes, the animals will undergo a medical check-up and be placed in quarantine before they can join other denizens of the zoos.

“From my experience, the best time to introduce new animals like deer to a new herd is during the mating season. That’s when they are more likely to accept new members. Otherwise, the new deer is usually attacked by the leader of the existing herd,” he said, adding that there is nothing to worry about because the animals are being looked after by professionals. Animals that can travel long distances, like reptiles, will go to zoos farther away, such as in Chiang Mai or Songkhla. However, fragile animals such as the two giraffes and Mae Mali – a celebrated 52-year-old hippopotamus – will go to closer places such as Chon Buri, which is only two hours’ drive away, Attaporn said. He pointed out that Mae Mali is quite old, considering that a hippo’s life span is about 40 to 50 years.

Khao Kheow has been given a budget of Bt7 million to improve facilities for its 100 or so new members.

“We have a large pond for Mae Mali, but if she prefers a smaller one, we can also build that. Most of her babies live in Khao Kheow, so it will be like a family reunion,” Patarapol said. The other Dusit Zoo residents heading to Chon Buri include 30 red-shanked douc langurs, camels, a large flock of painted storks and capybaras. They join the 8,000 animals of 300 species already at that zoo.

Relocating animals should not be worrisome because zoos regularly move their animals around.

“Khao Kheow and Nakhon Ratchasima zoos have been exchanging animals for a while now, while some animals such as giraffes, for instance, came all the way from Africa to Laem Chabang port,” he said. Dusit Zoo has been open to the public since 1938 and its location near the Ananta Samakhom Throne Hall and Vimarnmek Mansion has made it a long-standing Bangkok landmark, especially for children.

Its replacement will be built in Pathum Thani’s Thanya Buri district on a site of over 300 rai granted by His Majesty the King.

In fact, the new location is three times bigger than Dusit Zoo.

Once construction is complete and the new zoo is open, many animals will head to their new permanent home, but Mae Mali – the long-reigning queen of Dusit Zoo – will most likely remain at Khao Kheow with her children.