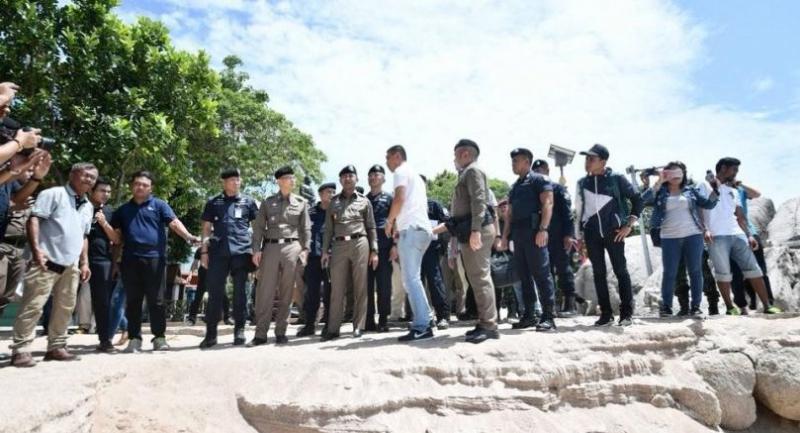 By Suwannee Bunthitsak
The Nation

While police are looking into a British woman’s claim that she was raped on Koh Tao in June, the Love Koh Tao Club on Tuesday called for her to file an official police complaint.

According to Koh Pha-ngan police, the 19-year-old Londoner had only filed a report about her loss of property, not rape.

However, the woman’s mother insisted in a Facebook Live session with Suthichai Yoon this morning that her daughter wanted to file the rape complaint, but the police had rejected it.

Though accounts from both sides differ, one thing is for sure – Koh Tao is once in the limelight after the brutal killing of two British backpackers in 2014.

There is still no clear information on why the teenager chose to file a complaint on Koh Pha-ngan, when the alleged assault took place on Koh Tao. Local newspapers have hinted that the teenager was afraid of reprisal if she filed a complaint on Koh Tao, while the owner of the guesthouse where she stayed claims the 19-year-old was in a rush to make it to the Pha-ngan Full Moon Party.

Meanwhile, national police chief Pol General Chakthip Chaijinda has given deputy Tourist Police chief Pol Maj-General Surachet Hakpan the job of leading a team to Koh Tao to gather more information. Surachet is expected to come up with results in a week.

Meanwhile, Surat Thani police chief Pol Colonel Wichop Kerdkliang said he had sent two police teams to Koh Tao today. The first team interviewed the Pha-ngan police officers who recorded the young woman’s complaint, while the second team talked to the owner of the guesthouse where she stayed.

Separately, the club – where the young Briton claimed her drink was spiked – has called on her to return to Koh Tao and file an official report and undergo physical examination.

The club said the area is guarded day and night by security forces, including police officers and a special military operation team, and if the rape complaint is filed within seven days, then the attackers can be found.

The club also called on the press to stop reporting on the rape claim, as it has not been verified and is damaging the island’s reputation.