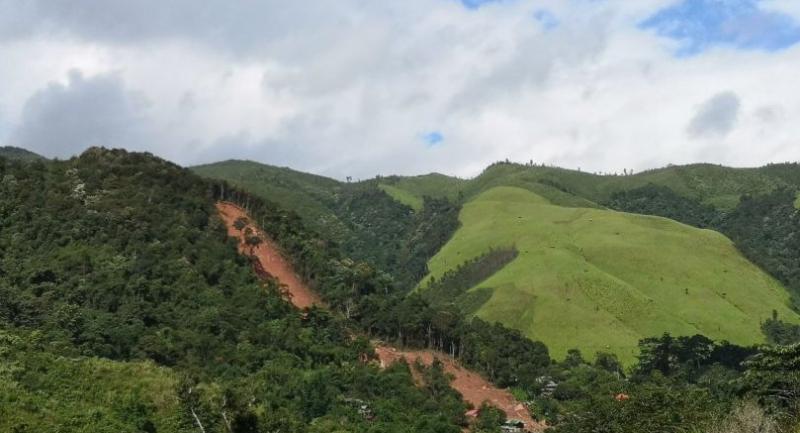 BAN HUAY Khab villagers, who lost their homes to a landslide in July, have been moved to temporary shelters as the government’s plan to set up a new village in a forest reserve continues. The villagers, hailing from the Lawa ethnic group, had taken shelter in Wat Sawa and a Christian church until they were moved o a temporary shelter next to a sports stadium in tambon Dong Phaya on August 21. The villagers are expected to spend at least six months there until a new village is built for them in the forest reserve area of Doi Phu Kha National Park with permission from the Royal Forest Department.

The 60 households are being sheltered in a 60-room camp, which cost about Bt1.4 million to build. It comes with running water, electricity and 20 common lavatories. The fund for the shelter has come from the Community Organizations Development Institute (CODI) as well as donation. Local government agencies, soldiers, forestry officials and local technical colleges helped with the construction. At present, the shelter comes with running water, electricity, and 20 common lavatories.

“They used to live in separate houses with ample land between them. But now they live in the same venue. We must help organise the community to ensure things run smoothly,” said Sayam Nonkhamchan, director of CODI in the northern region. According to him, that includes trash management, setting up shifts to clean the common facilities like bathrooms, as well as organising areas for poultry, pigs, and dogs.

It was almost a month since the disaster struck Ban Huay Khap on July 28 and 253 villagers had to bid farewell to the home of their ancestors, but some villagers still cannot cope with the loss of homes and family members. “I’m still haunted by the loss,” said Sri Jaipin inside her 4-square-metre home made of zinc panels and iron frames. She had lost her son to the mudslide in the early morning of July 28, after heavy rains caused rocks and mud to descend on two houses and buried eight people in Ban Huay Khab.

Though she was narrowly escape as the mud stopped before it reached her house, the 80 year-old had to desert the place she was born and bred and the rich resources of Ban Huai Khab after officials declared her village a disaster area and order immediate evacuation as Ban Huay Khab sits on the steep slope over a fault line and heavy downpours could trigger more landslides.

Now the villagers live in a temporary shelter and wait for officials to help set up a new village, so they could continue their ancient Lawa customs, and finally go back to their fields 3 kilometers away from the new village to cultivate rice and coffee.

“After that day, I haven’t had a chance to tend my crops, and the rice field is overgrown with weeds,” Boonmee Akkhara said.

But challenges await the villagers and officials hoping to set up a new community. The 60-rai (38-hectare) zone, a portion of the lush Pien Luang forest, is occupied by about four households from Sawa Nua Moo 3 and Sawa Tai Moo 7 villages.

These villagers have been occupying the land without any title deeds for generations now.

“With almost 60 households coming to the land, the food may not be enough,” Burapha Jaiping, chief of Sawa Nua Moo 3, said. “This will definitely affect the livelihood of the old villagers, but we are all Thai and we must help and share.” Also, beliefs rooted in the Lawa people’s culture may cause the villagers to shun relocating to that land.

CODI is now working with government agencies to construct the temporary shelter and the new village.