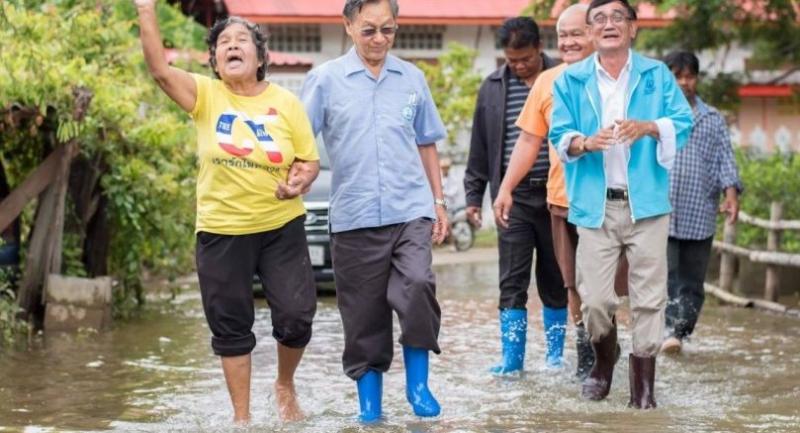 Phetchburi Governor Chattraporn Ratdussade assured the public on Tuesday that many tourist attractions in the province were not under water.

Several resorts in the province have been forced to suspend their business after heavy rains overwhelmed the Kaeng Krachan Dam and caused flooding.

“However, there are many resorts and areas that have not been affected,” she insisted, adding that many people were under the wrong impression that the whole province was under water.

The areas that have been flooded are those downstream to Kaeng Krachan Dam and along the banks of Phetchaburi River, namely the districts of Kaeng Krachan, Tha Yang, Ban Lad, Ban Laem and Muang.

Meanwhile, Democrat Party’s chief adviser Chuan Leekpai visited affected areas in the province and said he was happy to see floods in many areas had reduced. He also handed out necessities to affected villagers.