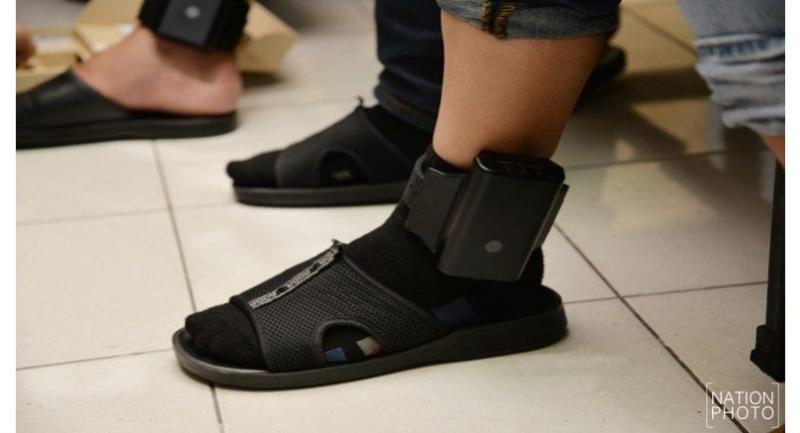 Ratchadapisek Criminal Court in Bangkok had electronic monitoring (EM) devices strapped to the legs of 319 low-income offenders between March and August while they were free on bail.

The measure worked in all but eight instances, deputy chief judge Wittaya Boonchaiwattana said on Sunday. Eight of the accused managed to break loose of the gadgets and failed to report to their probation officers.

Three of those who disconnected their tracking devices have been recaptured, their bail was revoked and their guarantors were fined, he said.

The other five remain at large.

If they break or damage the EM device, the manufacturer, which rents them to the court, could even sue the offenders for costs.

Of the 319 offenders shackled with leg trackers, 282 were not required to put up collateral as bail and the rest had to come up with 20 per cent of the required collateral. Wittaya also reported that the court had approved all but one of 12 police requests for rewards for recapturing offenders who were temporarily released. A regulation to that effect came into effect early this year. The approved reward money was a combined Bt205,500.