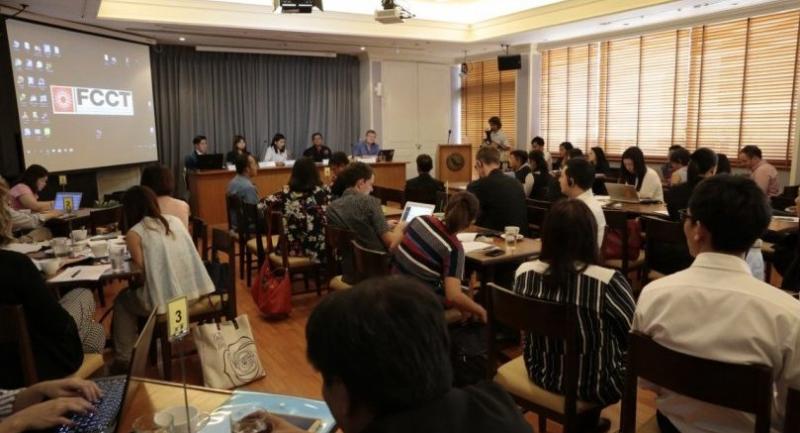 LABOUR RIGHTS advocates yesterday voiced their opposition to the Labour Ministry’s plan to increase Social Security Fund (SSF) contributions from Bt750 to a maximum of Bt1,000 a month for workers earning more than Bt20,000. Boonyuen Sukmai, secretary-general for the Eastern-Region Labour Union Association, said paying a higher rate will not result in a significant increase in benefits, and suggested that the government work increasing employers’ contribution to the Provident Fund to 5 per cent from the current 3 per cent.

Somporn Kwannet, deputy chairman of the Thai Labour Solidarity Committee, said he disagreed with the proposal to increase SSF contributions based on the salary structure.

Some 20 per cent of the Thai workforce – most of whom earn more than Bt20,000 a month and thus would have to pay Bt1,000 to the SSF instead of the current rate of Bt750 – also remain doubtful about the benefits they will get in return for paying more every month, he said.

Besides, Somporn said, 80 per cent of the people under SSF – which earned up to Bt60 billion a year from investments – were still waiting for adjusted benefits to meet their necessities. The proposed hike, which has been advertised as more benefits for those who pay more, could also cause inequity in the system, he added.

“The government should resume its 5 per cent contribution to the SSF [from the current 2.7 per cent] to meet the amount paid by workers and employers, and return the Bt56 billion it owes to the SSF. That money can be used in improving SSF benefits. If that is not enough, then you can start talking about hiking workers’ contributions,” Somporn said. The rights advocates spoke up after Labour Minister Pol General Adul Sangsingkeo confirmed that he would go ahead with the plan to increase contributions. He made this announcement while presiding over an event in Bangkok celebrating the Social Security Office’s 28th anniversary. So far this year, more than 300,000 informal-sector workers – such as taxi drivers or people working from home – have entered the system under the Social Security Act’s Article 40, bringing the total number of voluntarily insured persons’ to 2.5 million, he said. Thailand has 21 million informal-sector workers.

Thailand has a total of 15 million insured persons under the social insurance system.