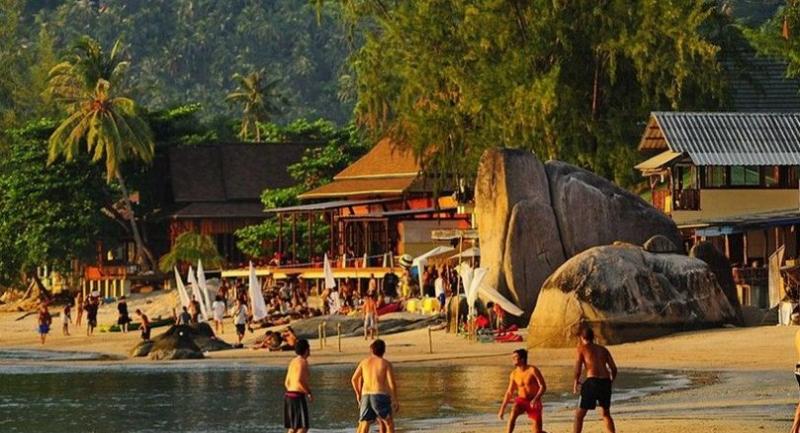 By Somkiat Raksaman
The Nation

The FAMILIES OF some of the 12 suspects detained for sharing content from a controversial Facebook page regarding a British teen’s allegations of being raped on Koh Tao have asked for mercy and understanding, and described the suspects’ acts as being ignorant of the law.

The suspects from various provinces have been brought for questioning at Koh Tao Police Station. They were arrested for allegedly violating the Computer Crime Act by spreading what police described as false information from the US-based CSI LA Facebook page.

The page criticises police investigation into the rape claim, calling it ineffective and too quick to come to the conclusion that the rape never happened.

The page administrator, Pramuk Anantasin, who lives in the United States, is also faces an arrest warrant.

Pornpimon Aranchote, mother of suspect Manop Pansuklert, revealed that she was really shocked and upset about her son’s arrest.

“I wish to ask for sympathy from the public, police and other figures concerned with the case, because my son was unaware of the fact that sharing the page violates the law,” she said.

Deekakaew Charungklin, mother of suspect Katesophon Charungklin, told reporters that she was sorry for what had happened to her son. “I want to ask for mercy for him as he acted out of ignorance.”

Meanwhile Kasem Yaiyana, 58, father of Worpot Yaiyana, said he was shocked when police came to his house in Chiang Rai and told him that his son faced an arrest warrant. His son was not at the house at the time, but later surrendered and was taken to Koh Tao.

“I followed him down to Surat Thani and prepared to post bail for him as he is still a university student,” the father said. “I am an orchard farmer and have no idea how sharing information violated the law. I, as a father, wish to request mercy for him.”

Winyat Chatmontri, secretary-general of the United Lawyers for Rights and Liberty, has arrived at Koh Tao to offer legal advice to the suspects. Deputy Tourist Police Commander Pol Maj-General Surachet Hakparn has also arrived in Koh Tao to question the suspects on the matter.