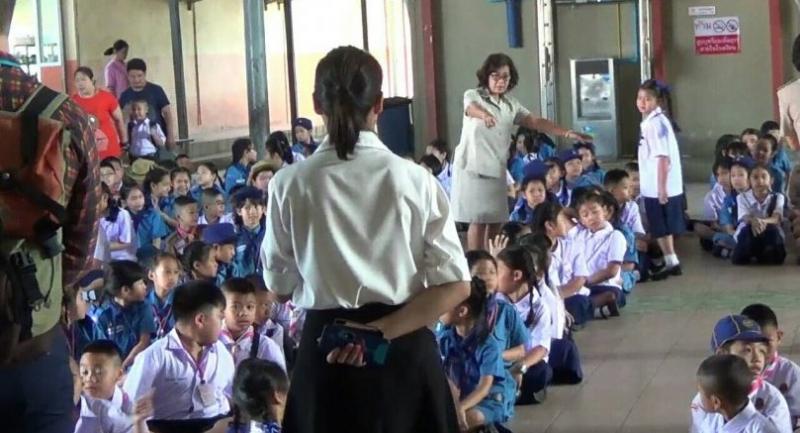 THE GOVERNMENT budget allocation for the Equitable Education Fund (EEF) has been delayed and amount earmarked will also be lower than expected.

“We expected to receive the first portion of the budget last month. But to date, it has not arrived,” EEF board secretary Kraiyos Patrawat said yesterday.

He lamented that when the budget for fiscal year 2018 finally comes, the amount would be lower than what the EEF needs for its mission to reduce educational disparity in the country

He said the smaller budget would mean the EEF would have to reduce the amount of financial help it intended to give to cash-strapped students. He said the EEF had planned to urgently deliver help to 600,000 extremely poor students, offering between Bt1,500 and Bt2,000 a semester to each of them. But this plan may fall short due to budget constraints.

The EEF was established under the EEF Act, announced in the Royal Gazette in May. Under the act, Quality Learning Foundation operations, assets, rights, liabilities, obligations and staff have been transferred to the EEF.

On Tuesday, Government Spokesman Lt-General Sansern Kaewkamnerd announced that the Cabinet had approved a Bt700-million start-up fund for the EEF, and offered about Bt522 million for its operations in fiscal 2018.

The amount for the start-up fund is also Bt300 million lower than what the EEF had hoped to get.

However, Sansern assured that the remaining Bt300 million would be provided in fiscal 2019.

When the budget approvals came out, Kraiyos could hardly hide his disappointment.

“Why should parents, schools and children have to hold their breath till the very last minute to know whether help will really arrive,” Kraiyos said.

In his opinion, such budget management has threatened efforts to reduce educational gaps in the country. The EEF estimates that about 1.6 million children need financial help for their studies. These children live in families where each member has a share of less than Bt3,000 per month and live in dilapidated housing units. Of these children, 600,000 are extremely poor.

The budget for EEF in fiscal 2019, which will start next month, is also half of what the EEF had asked for.

The government has approved Bt2.5 billion for the year while the EEF had initially asked for at least Bt5 billion.

EEF president Prasarn Trairatvorakul, however, still had hopes and vowed to do the best with the resources available.

“We will adjust our plan and focus on areas that we can develop as models first,” Prasarn said.

He said six ministries had some databases of students in need and the budget they got.

“We can analyse such information to maximise budget efficiency,” he said.

According to him, the chosen areas will likely cover 15 provinces at first because there was not enough budget for the whole country.

“But after we develop model areas, we will deliver tangible results of teacher support, student enhancement and dropout prevention,” Prasarn said.