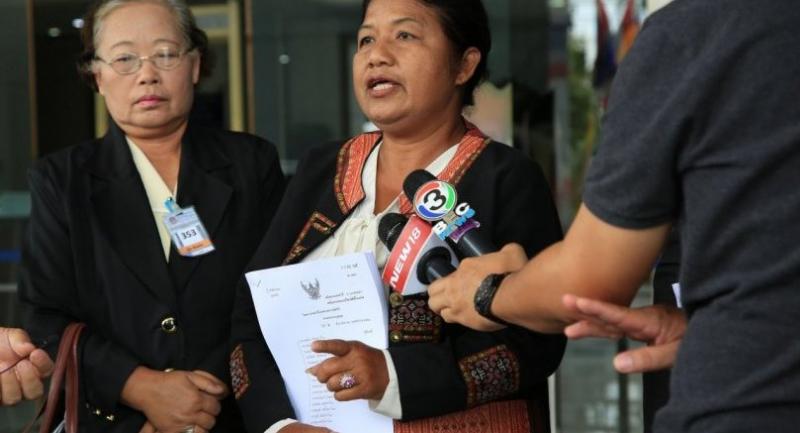 THE SUPREME Administrative Court has overturned a 2007 lower court ruling that had protected the pond-snail fossil terrace in Lampang province. The decision came as a big blow to locals and environmentalists who had been trying to conserve the fossil terrace, estimated to be over 13 million years old. Located inside a lignite mine of the Electricity Generating Authority of Thailand (Egat), the fossil layer is about 12 metres deep and spans 43 rai (7 hectares) of land.

“I am depressed,” Maliwan Nakwiroj, who heads the Mae Mo Patient Rights Network, said on hearing the verdict yesterday. “We could not protect our national heritage.” Back then, Professor Adul Wichien-charoen, who headed a national committee on world-heritage protection, also reportedly commented that it was not possible to determine the exact age of the fossils found at the spot and hence the terrace could not be listed as a world heritage site and its fossils could not be part of key fossil index.

“The Supreme Administrative Court also has the opinion that there has not yet been any evidence to substantiate people’s concerns that mining activities could affect the protected fossil terrace zone,” Surachai Trong-ngam from ENLAWTHAI Foun-dation said yesterday.

His foundation has backed the people’s efforts to protect the fossil terrace.

Surachai said the court would accept a complaint if people could produce evidence in the future. On this point, Surachai lamented that because the fossil terrace was located in Egat’s compound, it was not possible for local people to inspect it.

Surachai believed the latest ruling was a reflection of the lack of seriousness in Thailand for conservation of natural heritage. “And if things go this way, such heritage will disappear,” he said. A total of 12 people living in Lampang’s Mae Mo district decided to lodge a petition with the Central Administrative Court in 2005 after learning that the Cabinet had passed a resolution to protect just 18 rai of the fossil terrace instead of the whole terrace. The Cabinet, the industry minister, the Primary Industries and Mines Department and Egat were named as defendants.

In 2007, the Central Administrative Court ruled in favour of the plaintiffs. Not only did the court order annulment of the controversial Cabinet resolution, it also ordered the industry minister, the department and Egat to conduct an environmental impact assessment for a panel of specialists to approve regarding their handling of the fossil-terrace zone. The Central Administrative Court had also ordered the Cabinet to get the Fine Arts Department to register the fossil-terrace zone as a historical site.

Surachai said the Supreme Administrative Court’s verdict had invalidated all the orders issued by the lower court.

“The Supreme Administrative Court has explained that the fossil terrace does not qualify as a historical site. Such a terrace is under the Fossil Act,” Surachai said.