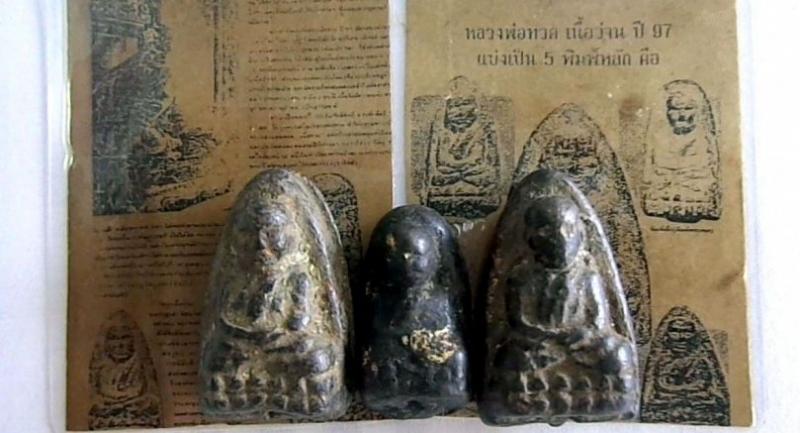 Buddhist amulets worn by 70 per cent of Thais, survey finds

More than 70 per cent of Thais wear Buddha amulets, a Suan Dusit Poll has revealed, whether as a matter of faith or worship, belief in its protective power or as a gift from respected seniors.

The most popular amulets are those bearing the likeness of the monks Luang Pu Thuad of Wat Chang Hai (47 per cent of all amulets worn) and Phra Somdej Toh (21.9 per cent).
The survey conducted among 1,126 people nationwide from September 11-15, found that 12.9 per cent wore Luang Por Sothorn amulets, 9.4 per cent Luang Phu Toh's Phra Pidta (Close Eyes) amulets and 8 per cent Luang Por Ngern of Wat Bang Klan.

Forty-one per cent of amulet wearers acquired them via “Chao Phra” purchases, 32 per cent got them from their parents, 7.7 per cent received them from respected seniors and employers, 7 per cent from other relatives, 6 per cent from grandparents, and 5.5 per cent from friends or relationship partners or free from a temple.
Nearly 57 per cent of Thais wear an amulet out of faith, spiritual dependence, or its protective power, 25 per cent due to personal religious belief, and 14 per cent out of tradition and Buddhist practice. Four per cent wear them for other reasons, including as a fashion item.
Nearly 43 per cent said the Thai Buddha-amulet market was growing fast and becoming more popular, 20 per cent found it more commercial amid price speculation, and 13.6 per cent believed the sluggish economy was slowing the market.
Another 12.3 per cent said the Chao Phra purchase system should be standardised and complained about forgeries, while 11.3 per cent saw it as a niche market where interested people could exchange items and information.