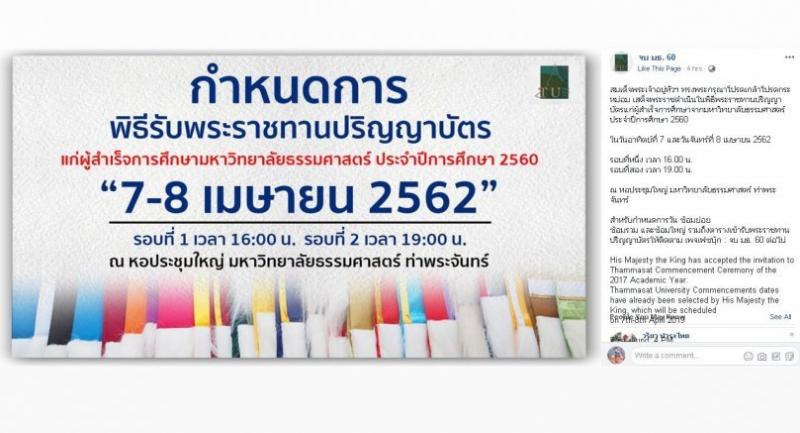 His Majesty, King Maha Vajiralongkorn has accepted an invitation to bestow degrees on the newest batch of graduates at Thammasat University (TU) next April, the TU Graduate Committee’s social media page (facebook.com/TUgraduate60/) announced on Tuesday. The dates for the Graduation Ceremony for the 2017-18 academic year were selected by His Majesty the King for April 7-8, 2019. The ceremony will be held at the Grand Auditorium, Thammasat University, Tha Phrachan Campus.