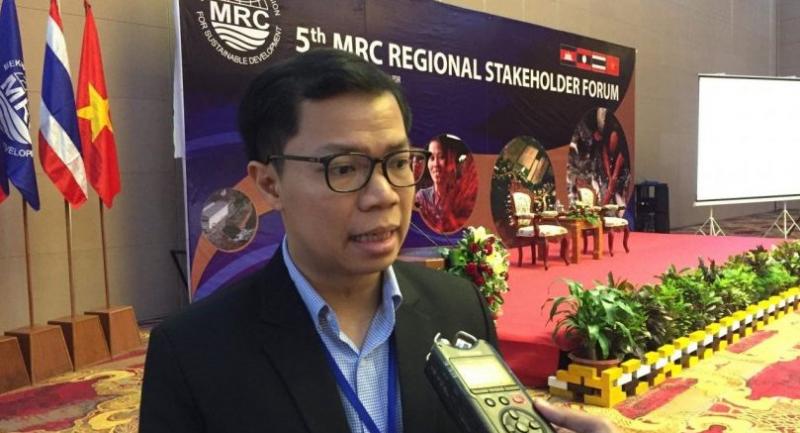 In the first regional forum on the dam project held in Vientiane on Thursday, the Mekong River Commission (MRC) played down this flaw, saying “questionable contents” in the report will be fixed and updated.

Save the Mekong – a coalition of civilsociety organisations (CSOs), community groups and concerned citizens in the Mekong region – released a statement on Thursday disclosing the striking similarity between TBESIA/CIA of the proposed Pak Lay Dam and the May 2013 report on Pak Beng Dam. The Mekong group reported that at least 90 per cent of the Social Baseline Conditions section of the Pak Lay Dam report had been copied directly from the same report for Pak Beng Dam project, making it unfit for the project consideration process.

Only a handful of stakeholders from local communities attended Thursday’s forum in Vientiane, as most CSOs and community groups working on issues related to the Mekong River Basin had boycotted it.

Also, there was no debate on the report’s credibility, the assessment of Pak Lay Dam’s impact on the Mekong’s ecosystem or the livelihood of people living along the river at the forum.

“It is clear that there has not been meaningful public participation in the preparation of the Pak Lay assessment. For example, the Public Involvement section is almost an exact copy of the Pak Beng report, with only the name of the dam was changed,” a statement from Save the Mekong read.

“The authors also neglected to change the name of the company, so the Pak Lay report mentions Datang, which is actually the developer of Pak Beng.”

Section 7.3.2 titled District and Provincial Level Participation, which is on page 721 in Pak Lay’s report and page 283 in Pak Beng’s report, is identical.

Representatives of the Chinese project developer have refused to make a comment about the issue.

However, Anoulak Kittikhoun, an MRC officer on strategy and partnership, said this may have happened because the sites of the two dams are close by, so it is possible that the transboundary impact assessment of both projects were similar.

Anoulak added that since the MRC had arranged a forum with regional stakeholders to inform them about the Pak Lay hydropower dam project and gather their feedback, errors in the report can be amended and updated once the prior consultation process ends.

However, Save the Mekong said the Pak Lay Dam project should be suspended until a new and reliable TBESIA/CIA report that is internationally credible is created with meaningful consultations with communities that might be affected.

As initial consultation for Pak Lay Dam begins, here is some key information:

Current status: Under prior consultation process as per Procedures for Notification, Prior Consultation and Agreement (PNPCA)