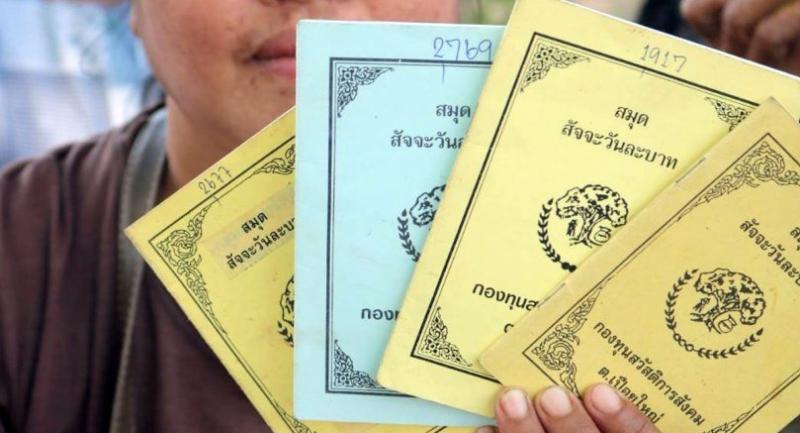 VILLAGERS accusing a committee of the “Bt1 a day” Saccha savings group of Tambon Pueai Yai for mismanagement, which had caused a loss of Bt10 million of their savings, camped outside the Noen Sila district office in Khon Kaen yesterday to demand justice.

They also asked for information on progress in the authority’s probe following their complaint filed at the district’s Dhamrongtham Centre two years ago.

Leading demonstrator Weerasak Saithong said the savings group, in operation since 2006, had collected savings from 2,000 members from eight villages to combine with state contributions as per the number of members. The savings were supposed to provide Bt15,000 in funeral assistance money to needy members. Instead, said Weerasak, it had later paid entitled members only a partial sum of Bt5,000.

Alternatively it presented members with empty envelopes for photo evidence with a promise to pay the money later – but had failed to do so.

When villagers asked for an explanation for delays, the savings group staff had replied that they were unable to collect money from other members, or that the accounting process was ongoing, he said.

When members had pressed to see the account details, the personnel declined access, and so the members filed the complaint with the Damrongtham in 2016, calling for a probe against the savings group’s committee.

Weerasak said that if their distress were ignored, they would file a complaint with the provincial governor.

As part of the National Council for Peace and Order’s pursuit of national reconciliation, the Damrongtham Centre’s provincial and district-level branches are to receive complaints on all issues from the locals, provide them with useful information and bring opinions and suggestions from locals to the authorities’ attention. In another case, some 1,000 villagers in Tambon Sri Samran of Ubolrat district have found themselves as creditors, at Bt35,000-Bt100,000 per head, to the Supanimit Ubolrat Agriculture Co-operative without having applied for any loans or having received any such money. Senior officials said the Khon Kaen authority had set up a fact-finding committee to probe that case.

The acting head of the Khon Kaen Agriculture Cooperative office, Manit Sriwongrat, in his capacity as cooperative registrar, said that his initial inspection found that the cooperative in question was at fault.

They had allegedly cooked the accounting books, and so a fact-finding panel was set up to probe the case in detail and identify the wrongdoers for punishments.

Manit said his office would discuss with related officials moving the villagers’ alleged bogus loans into a default account pending the probe result, so that they do not have to repay anything during that period.

The villagers filed a complaint with the provincial governor last Friday.