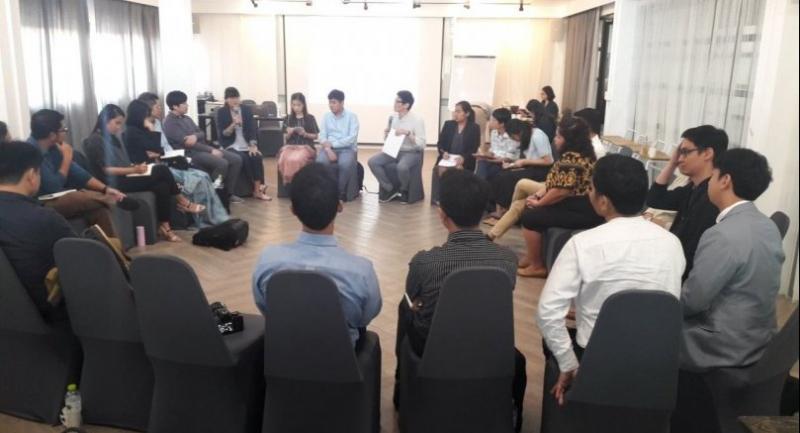 Preoccupation with other factors is affecting quality say experts.

Teacher educators are re-examining their role in response to what they see as universities becoming increasingly focused on “money matters” rather than nurturing the best potential teachers.

“We are not in a position to seriously screen new students anymore. Frankly speaking, we recruit every applicant these days,” a lecturer at one of the Rajabhat universities said at the First Thai Teacher Education Forum on October 10.

“Forget about the idea of recruiting only those with the talent and determination to serve well as teachers.”

Another participant at the forum, who works for the Pibulsongkram Rajabhat University, said state-run institutes of higher education are now keen to accept as many students as possible because the number of students is a key factor in budget allocation.

“Even if our current capacities can handle just 60 students, we recruit all 90 applicants because additional resources will come our way later. But such decisions undeniably affect the quality of educational services,” he said.

A lecturer from another Rajabhat university also disclosed that his institute had even accepted students who applied for a seat one month after their preferred programme had started.

Some participants at the forum requested anonymity from media to avoid any negative effects from their comments.

Assistant Professor Athapol Anunthavorasakul from Chulalongkorn University said that based on what he learned at meetings of the Teachers Council of Thailand, he believes the country lacks a solid database to categorise teachers based on their academic fields, as well as their numbers |and the shortage of teachers in each field.

A participant at the forum said he had majored in teaching English to secondary students but was once told to take a job at a primary school.

“So, what about the quality of institutes producing teachers?” he asked.

According to him, Thailand has long relied on foreign concepts and systems in preparing its teacher education.

In the beginning, Thailand’s teacher education was modelled after Britain’s. Decades later, it took after the United States’ system.

“Then in the past decade, we have talked about the Finland model,” Athapol pointed out.

He said a study by Finnish researchers found Thailand’s teacher-training institutes had not conducted research directly addressing teacher development, classroom development and the relevance of teachers in the context of the country or the world.

Professor Hannele Niemi, a research director at the Helsinki University’s Faculty of Educational Sciences, also joined the forum to highlight what institutes that train Thailand’s trainers should do.

Her team has studied the faculties of education at three Thai universities – Chulalongkorn, Silpakorn and Kasetsart.

Athapol said the points raised by the Finnish research team reflected what has happened in Thailand’s teacher education circles.

“Without research on Thai educators, I cannot see what my proper role as an educator is. I think I am more like a mentor or a lecturer for my students,” he said.

He said teacher-training institutes were also prone to just follow whatever relevant rules the authorities had decreed.

“We are like foremen. We have not played a role in designing the rules or criteria in teacher production,” he pointed out.

He now saw that reality as presenting a big challenge to making big changes for the better.

“Teacher-training institutes have been isolated for so long. We have not had any real voice to say what the country should do if they want to reform the country’s educational sector,” Athapol said.

Chatree Faikhamt from Kasetsart University’s Faculty of Education said it was high time that teacher-training institutes reconsidered their role and clearly defined their missions.

“Check what we can do. And before we make our voices heard, we need to ensure that we have a base of solid knowledge in order to speak up,” he said.

Kwansuang Atibodh, a former lecturer at Chulalongkorn University and now a keen observer of Thai education, encouraged lecturers at teacher-producing institutes to speak up.

“Do not focus on just producing teachers and doing what others tell you to do. Find a turning point so that you can help usher Thailand in the right direction,” he said.