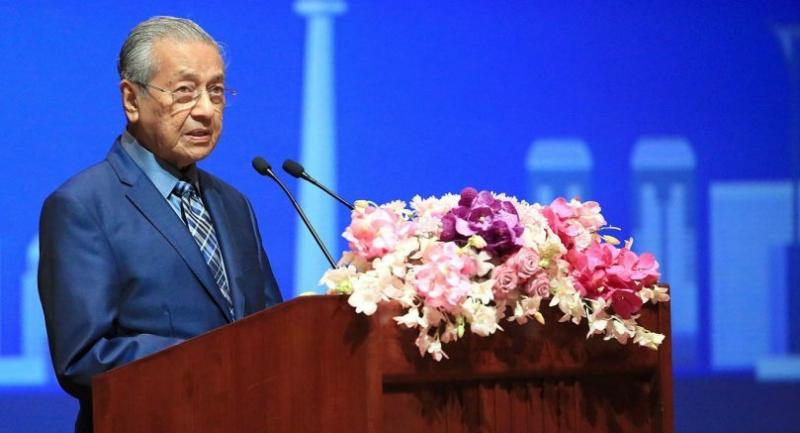 MALAYSIA IS willing to help Thailand end the ethno-religious conflict in the deep South using peaceful means, Prime Minister Mahathir Mohamad said yesterday, suggesting the root cause of the problem was not religion but injustice.

Gratefully remembering the time when Thailand helped Malaysia end the communist insurgency in northern Malaysia in the late 1980s, he said his government would help the authorities in Bangkok solve the problems in the deep South.

Malaysia has played the role of facilitator in negotiations between the Thai government and MARA Patani, a so-called umbrella organisation of insurgent groups.

Mahathir, who arrived in Thailand on Wednesday on a two-day official visit after taking office for a second time in May, introduced Malaysia’s newly appointed facilitator, former national police chief Abdul Rahim Noor.

Thailand also introduced its negotiations chief, Udomchai Thamsarorat, who is a former commander of the Fourth Army Region. However, while delivering a speech on Thai-Malaysian ties in the Asean context at Chulalongkorn University yesterday, Mahathir did not provide any details on how the peace talks will yield productive results.

A spate of violence has rocked the predominantly Muslim region since early 2004, killing more than 7,000 people so far. The Thai government has struggled since then to contain the violence, which it believes is being orchestrated by separatists.

The peace talks, initiated since 2013, have yet to yield any significant results, with many analysts saying Bangkok has failed to address the problem at its root cause while most separatist fighters do not recognise MARA Patani as their representative. Asked if the violence in the deep South could be attributed to religious extremism, Mahathir said: “I don’t believe that the centrality of the conflict is religion. If you look at the source of terrorism, you will find that some elements of injustice have occurred, for example if Thailand decided Chiang Mai will belong to somebody else, not be a part of Thailand, people will fight to retain their territory. People will be angry and want to recover their own land.”

As immediate neighbours, Thailand and Malaysia also have border problems, but the two have discussions to determine who has the right to cross the border and who will be treated as a national of either Thailand or Malaysia, he said, referring to the chronic problem of dual nationality. It is believed that these individuals exploit their status to create problems on both sides.

“We want to solve the problem through negotiations, administration or through protocol,” he said. As for bilateral ties, Mahathir said Thai-Malaysian relations have been smooth as leaders on both sides are willing to solve all overlapping issues using peaceful means for mutual benefit. For instance, he said, the issue of overlapping maritime territory in the Gulf of Thailand could be turned into a joint development area, where natural gas can be exploited and shared equally through negotiation.

Mahathir, who played a key role as an architect of Asean during his first tenure as premier from 1981-2003, suggested that Thailand, when it takes over as chairman next year, should consider Asean’s internal market.

“I believe Asean countries have tremendous potential. The population is more than 600 million, and even if [some of them] are poor, they constitute a large market. Based on this, we can increase our output, but now we are buying everything from outside. We can do all things by ourselves.

“If we do that, the money will remain with us and not go out. We can produce everything that the 600 million people need. If we can do it properly, I’m sure Asean countries will grow much faster,” he said.