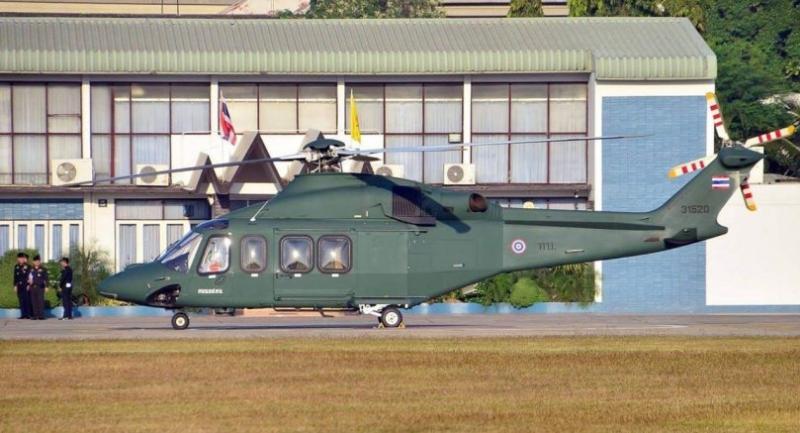 An anti-graft activist came under attack from the military on Friday after he alleged that the Army had bought helicopters at inflated prices.

Srisuwan Janya, secretary-general of the Association for the Protection of the Thai Constitution, earlier filed a petition with the Office of the Auditor-General asking for an investigation into the Army’s procurement of the Italian-made helicopters at prices he alleged to be inflated.

The Royal Thai Army on Friday dismissed the claims of irregularities in its purchase of helicopters, which Srisuwan said are similar to the one involved in a recent fatal accident that killed Leicester City football club owner Vichai Srivaddhanaprabha.

Also, the size of the models purchased by the Army was a lot larger than the civilian version involved in the accident in England, she said, which is why the helicopters bought by the Army were more expensive.

Srisuwan made the allegation after reports that the crashed Agusta Westland AW169 helicopter cost about Bt280 million. He pointed out that two AW139 helicopters were purchased for Bt675 million each in 2012, when Prime Minister General Prayut Chan-o-cha was serving as commander-in-chief of the Army.

Sirichan said on Friday that the Army had purchased a number of Agusta Westland AW139 and AW149 model helicopters in line with mission needs and procurement regulations. She explained that these models are completely different from the AW169 involved in the UK crash, in terms of size, engine, flight ceiling, load capacity, speed, safety features, the number of pilot and passenger seats and additional equipment.

However, she said, the Army was prepared for scrutiny and will provide information to any state agency that investigates the matter.

“The Army’s aircraft purchases were straightforward and in line with relevant laws and regulations,” she said.

“His information is inaccurate and he could be viewed as making unfair allegations against the Army. Also, it may not be inappropriate to try to link a tragic accident with the Army’s purchase of helicopters,” the spokesperson said.

Meanwhile, Defence Ministry spokesman Lt-General Kongcheep Tantrawanit on Friday suggested that Srisuwan seemed to have “poorly screened” the relevant information before making his allegations against the Army.

“Without a good understanding, you should have come to ask the Army first before giving any information to the media or filing any complaint. Without enough screening and lacking accurate information, you made the public believe what you said,” he said.

Deputy Prime Minister Prawit Wongsuwan, who is also Defence Minister, on Friday suggested that Srisuwan made his allegation prematurely.

“He filed his complaint when nothing wrong happened. The Army made these purchases under government-to-government deals, at specified prices. The deals were transparent,” General Prawit, who is also in charge of security affairs, said.

Earlier, Army spokesman Colonel Winthai Suvaree said the prices that the Army paid for the helicopters also included the cost of simulation training for the pilots, spare parts and training for its mechanics.

He said the reported Bt280-million price tag of Vichai’s helicopter was apparently for the helicopter only, while pilots were hired and maintenance services were possibly paid for separately. Also, the price tag cited by Srisuwan was not an official price, but rather one reported by the media.