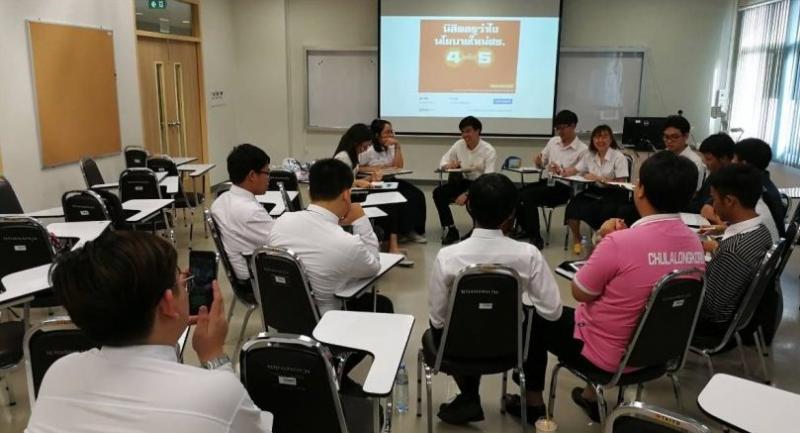 Some calls for longer, not shorter, course

THE IMMINENT move to cut the duration of teacher-training programmes by a year has upset teachers and students alike.

At a roundtable discussion held at Chulalongkorn University’s Faculty of Education earlier , many teaching students said that if the programme was shortened from five to four years, they would lose the opportunity to learn many useful things.

“In fact, I think the programme should be extended to six years,” Romklao Changnoi, a maths teacher at the Wat Dusitaram secondary school in Bangkok, said. He had completed his Bachelor’s and Master’s degrees in Education from Chulalongkorn University. The university held a forum last week to hear what its students, former graduates and other stakeholders thought about the government’s initiative to cut down on the duration of teacher-training courses.

In response to the Education Ministry’s policy, Rajabhat universities will be the first to shorten the programmes from next year, while other higher-education institutes will likely follow suit. The five-year programme was introduced in 2004 with the hope of raising the quality of teachers and promoting the teaching profession. Romklao said the longer programme allowed students to explore different subjects. For instance, he said, he once enrolled in a design course in the Faculty of Architecture and found it very useful in designing his maths classes.

“It expanded my horizons and helped me think outside the box,” he said.

Many students at the forum echoed his opinion, saying they would learn less if the programme were shortened by a year. They are also keen on enrolling in practical courses, such as teaching students with disabilities, students with autism, learning sign language, marketing, basic finance, technology and design. “There is at least one student with autism in every class I teach. They study with other students and often lag behind. I think it would be good if we can learn how to cope with that,” Romklao pointed out.

Anurak Ninlahoot, who is majoring in secondary-school education and biology at Chulalongkorn University, said even with five years, students do not have enough time to practice teaching. “I hope we get more practice classes that allow us to work independently. Most of the courses at our faculty are group based,” he said. He has taken several science courses in the university and attended many lab classes.

Cutting the course by a year could mean that students will not have a whole year to teach in front of a class anymore, but may have to rush through training in the last semester or do it during college breaks. Nutchadin Ma-inkaew, a Samsenwittayalai School teacher, said: “We study many theories in school like ‘flipping the classroom’ and ‘project-based learning’, but many trainees don’t seem to know how to incorporate them in teaching reflecting the need for adequate training time.”