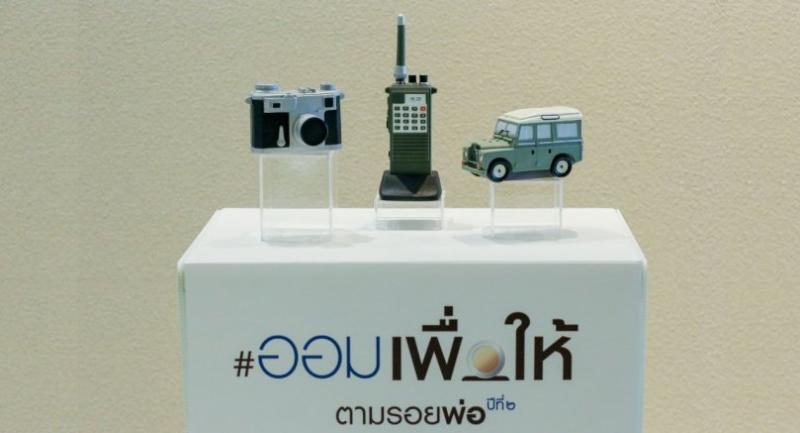 Interested people can register at any of Bangkok Bank’s branches from November 16 to 25, and via www.savingforgiving.com from November 23 to 25.

Donors will get opportunities to follow in the footsteps of the late and much-beloved monarch in developing good habits of saving and giving.

The campaign promises to reward them with souvenir moneyboxes whose designs are inspired by King Rama IX.

There are three moneybox designs for the campaign: a camera, a walkie-talkie radio communication device, and a jeep.

During his lifetime, King Rama IX was often seen with these items as he worked tirelessly to improve the lives of his people.

King Rama IX passed away in 2016, and the Saving for Giving campaign was first launched last year.

The Siriraj Piyamaharajkarun Hospital has decided to implement the “Saving for Giving” campaign in the second year now so as to raise further fund for equipping the Navamindrapobitr 84th Anniversary Building with medical equipment.

Medical services provided at the hospital responds to the late monarch’s wish to help underprivileged patients. Registered participants are expected to save money from the date of registration to January 15 next year, with Bt450 donation eligible for one souvenir moneybox.

Donations can be made between January 16 and 22. Donors can get souvenir moneyboxes from a Bangkok Bank during the period, if they declare the intention to collect moneyboxes in person beforehand. However, donors also have a choice of having souvenir moneyboxes sent to them. Deliveries will begin on February 1. “We have developed a special programme particularly for the Saving for Giving campaign,” Bangkok Bank Executive Vice President Pochanee Kongkala said.