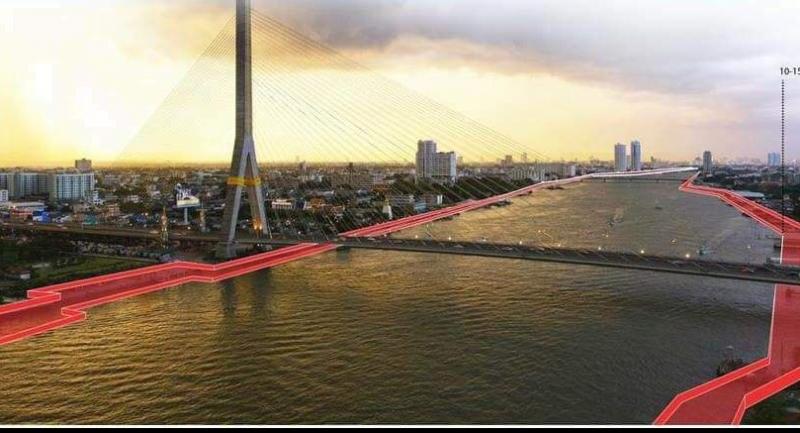 SEVERAL CIVIC organisations will today officially ask the Central Administrative Court to scrap the Chao Phraya Promenade project and demand an immediate injunction to stop the project from progressing further.

“If the authorities go ahead with signing construction contracts, things will become complicated,” Sor Rattanamanee Polkla said yesterday in her capacity as a legal representative of the River Assembly, the People’s Art and Culture Foundation, the Civil Society Planning Network, and the Riverside Community Network. The Bangkok Metropolitan Administration (BMA) is coming close to selecting a bidder for the first phase of the project to build a 7-kilometre-long promenade on either side of the Chao Phraya River in the capital. The first phase, from Rama VII Bridge to the Somdet Phra Pinklao Bridge, will cost about Bt8.36 billion.

“We will seek an injunction to stop any progress, as we wait for its cancellation,” Sor Rattanamanee said, adding the project should be abandoned because it failed to consider the voice of the people.

“Chao Phraya River is a public area and any use of it is subject to the Civil and Commercial Code and land laws,” she said, adding the promenade would make the river narrower. “The flow of the current will become stronger and ferries will face a bigger risk,” she explained. She also pointed out that the promenade’s designer, the King Mongkut’s Institute of Technology Ladkrabang, was not qualified as per the country’s architect laws.