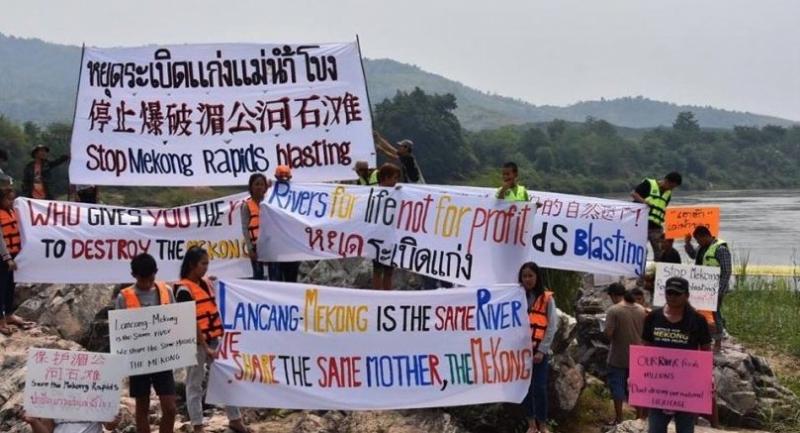 Residents living along the Mekong River in Chiang Rai’s Chiang Khong district have expressed strong opposition to a public hearing on China’s plans to blast away a stretch of rapids, saying there was no need for more talk about the proposal, which they would not tolerate.

China wants to eliminate the rapids in the river to accommodate boat movement from Jinghing to Luang Prabang in Laos.

Thai citizens fear the project would affect the fragile river ecosystem and their livelihoods.

Some blasting has been done in the past, and in 2016 the Thai government approved a feasibility study and design for more such work.

Phase 1 of the project, begun in 2015 and continuing into 2020, involves blasting 600 kilometres of rapids from Jinghing in China to the Myanmar border. Phase 2 would continue the work another 260km to Luang Prang from 2020-2025.

The group Raksa Chiang Khong, representing Chiang Rai residents, said opposition to the project was made clear at public hearings last year and there was no need to hold more hearings next month.

“For the Mekong residents, this project was over long time ago,” a group spokesperson said. “So what are these hearings aimed at? Our government told the public the project was suspended, but do the hearings mean you want to finish the process and will go ahead?”