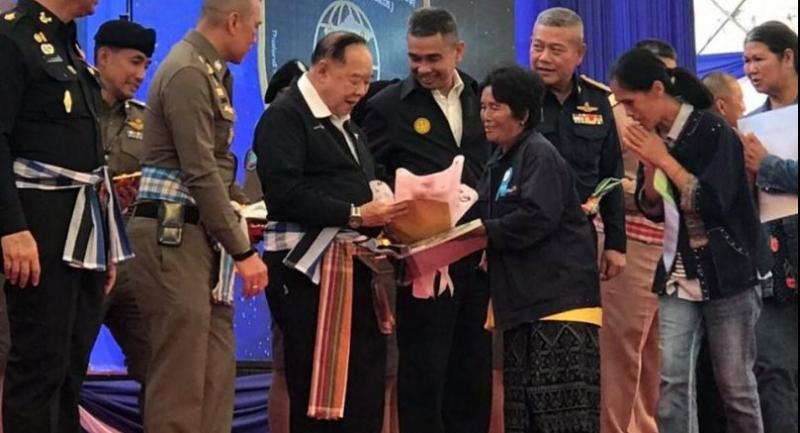 Many people – hugging documents to their chest – couldn’t hold back tears of joy over getting the assets they thought were lost due to “unfair contracts” with illegal moneylenders.

Prawit – in his capacity as deputy PM supervising police affairs – presided over a ceremony at Loei Pittayakom School in Muang district. This is the fifth time that a big ceremony has been held to help people get their assets back from off-system moneylenders.

The deputy PM said the Northeast appeared to have the highest number of people – 560,000 of 900,000 nationwide – who have fallen victim to illegal moneylenders, so the authorities will do their best to help them with this issue of high-interest off-system debts that keeps people poor.

Prawit thanked all state agencies for helping solve problems and enforcing the law. He said this and the previous ceremonies had seen assets worth more than Bt13.7 billion returned to the people, including 9,526 land-title deeds covering 31,838 rai (5,100 hectares) nationwide. The deputy PM has presided over all five large-scale ceremonies of this type, with similar smaller events held simultaneously by police in other provinces.