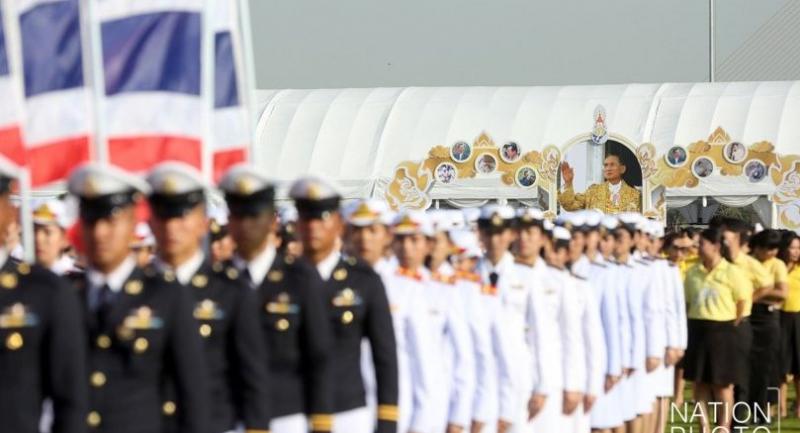 Dressed in yellow, people across the country emerged to give alms to monks in remembrance of the much-revered King Rama IX on Wednesday morning.

December 5, the day in 1927 on which the late monarch was born, is now marked as Father’s Day and as National Day.

Ceremonies were organised to pay tribute to His Majesty King Bhumibol Adulyadej (King Rama IX), who passed away on October 13 two years ago. Among them were alms-giving rituals, which took place in every province.

Many of those making merit were clad in yellow, the colour associated with the late King’s birthday. In Bangkok, Prime Minister General Prayut Chan-o-cha, his wife, and senior figures joined alms-givers at Sanam Luang. The food and items collected by monks there will later be given to flood victims.

Worapun Suwannus was among provincial governors leading alms-giving ceremonies across the Kingdom as he oversaw the ritual in Phichit province.