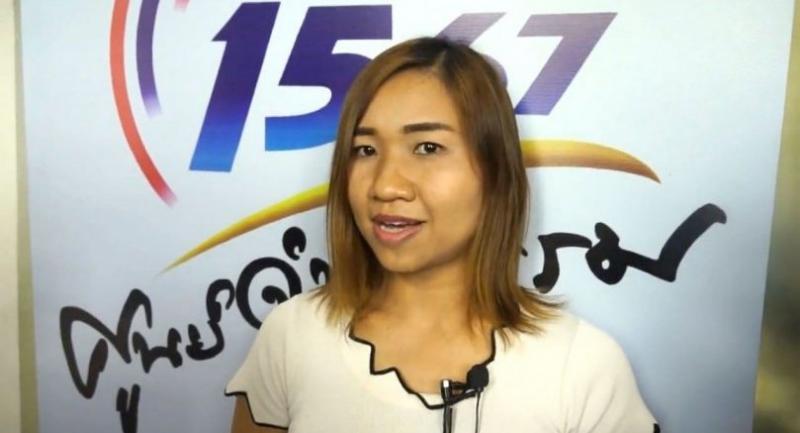 A 33-year-old woman has accused a medical specialist of malpractice which led to the removal of her ovary and womb and the loss of one of her kidneys without permission. “My life has been turned upside down because of his actions. At one point, I almost wanted to commit suicide,” Sinawaporn Homklang said on Friday.

She did not identify the specialist, but made it clear he works at Udon Thani Hospital.

Sinawaporn said that before she met the doctor, she was preparing to marry her Singaporean boyfriend and migrate to the island state. They planned to open a nursery there.

She said her future husband “wants to have a baby. But after I underwent the operation, I have become estranged from him.”

Sinawaporn says she was initially diagnosed with intestinal obstruction in Songkhla province on June 16, this year, where she worked.

After she got better and was discharged from the hospital she went to her hometown of Udon Thani to consult her mother, who is a health volunteer.

While in Udon Thani, she said her symptoms became worse and she went to see a doctor at Udon Thani Hospital where she was hospitalised pending further diagnosis. During her stay in hospital, she said a doctor told her she might have a chocolate cyst and it could be treated without a surgery. The specialist later concluded that there was 80 per cent probability that she had cancer.

“I requested a double-check with endoscopy but he refused,” Sinawaporn said.

She said she was coerced into agreeing to have surgery on June 26, in the belief that she had cancer.

“Following the surgery, I was told that my tissue had no cancer indication,” Sinawaporn added.

After spending more than a month at the hospital, she said she found out that records at the hospital did not show that her ovary and womb had been removed.

“My mother [went] to check the records because she wondered why I was not prescribed hormones after womb/ovary removal,” Sinawaporn said.

After finding the suspicious records, she decided to file a complaint with several authorities.

On October 22, the Udon Thani Public Health Office offered Sinawaporn Bt240,000 compensation but she turned it down.

To add to her suffering, Sinawaporn said that on November 9, just as she was trying to remove the need to use a colostomy bag, she was told by another doctor that she had only one kidney.

“The doctor has advised me not to work hard because I have just one kidney. How can such a thing happen?” Sinawaporn said.

Accompanied by her mother, Sinawaporn on Friday lodged another complaint with the government’s complaint-receiving centre in Udon Thani province.

“Now, I can’t help wondering if the medical specialist wants me to undergo the surgery so that he can take my kidney,” Sinawaporn said.

She hoped he would be investigated for criminal and disciplinary wrongdoings.

Udon Thani Hospital’s director Dr Narong Thadadej said the Udon Thai Public Health Office would need to investigate the case further because it had only recently received the report that Sinawaporn's kidney was also missing.