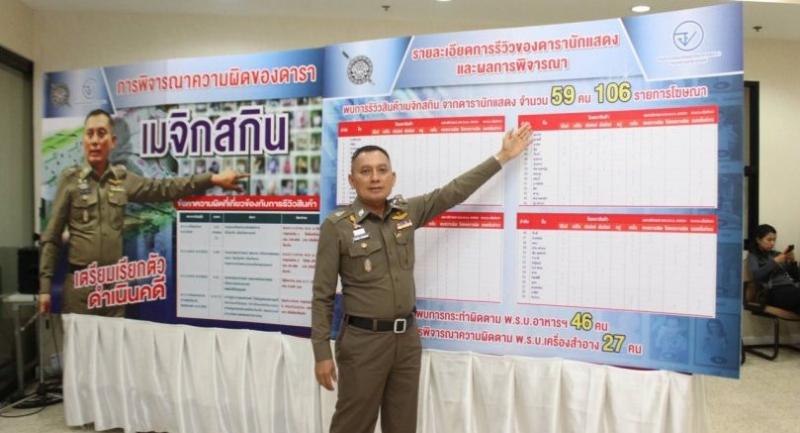 Only 10 of 46 celebrities who advertised Magic Skin products that were allegedly substandard cosmetic and health supplement products, will face legal actions as the charges against 36 have expired under the statute of limitations.

National police deputy chief Pol General Weerachai Songmetta said on Friday that five actors/actresses, four "Net Idol" celebrities, and a beauty queen, were summoned to hear the charge of violating the Food Act on December 24 and 27.

The charges involve illegal advertising of products’ benefits, quality and properties for commercial gain (punishable by a fine of up to Bt5,000).

Weerachai declined to reveal the offenders full names to protect their constitutional rights, as it is a petty offence with a light punishment.

The authorities had initially identified 59 celebrities in 106 advertisement pieces allegedly linked to the controversial Magic Skin products. So far, 46 of them were found to have violated the Food Act 1979's Article 41. The decision on whether the remaining individuals had violated the Food Act would be disclosed next month, said Food and Drug Administration adviser and pharmacist Somchai Preechathaweekit.