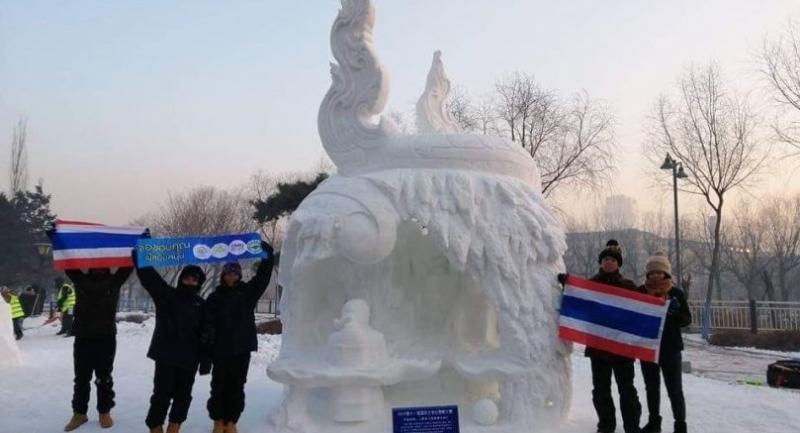 Thailand has in recent days provided the championship-winning team at the annual “International Collegiate Snow Sculpture Contest” for the 10th consecutive year. This year, the top award in the contest, held in the Chinese city of Harbin, went to the team from Trat Polytechnic College. The three Thai prize-winning teams flew back to the Kingdom Tuesday evening.

Suthep Chittayawong, secretary-general of the Office of Vocational Education Commission, said that two of the Thai winning teams had designed their sculptures based on last year’s world-famous cave rescue operations at Tham Luang in Chiang Rai province. In June and July, international help poured into Thailand as the country mounted a massive effort to rescue 12 young footballers of the Moo Pa (Wild Boars) Academy and their coach from the heavily flooded cave.

“The other [Thai prize-winning] team embraced the theme of unconditional love and ties,” Suthep added.