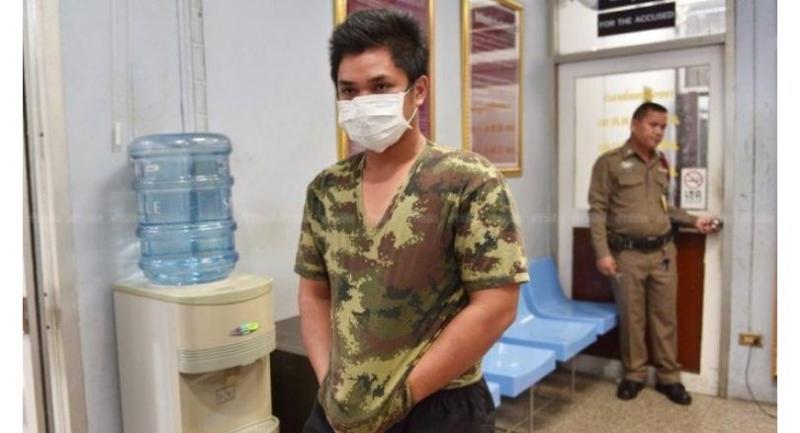 A 21-year-old Thai man has allegedly confessed to fatally assaulting his two-year-old stepson in Bangkok’s Bang Khen district on Sunday, claiming he was angry the toddler had refused to eat or take a bath, police say.

Suspect Woranart Thanommanut is said to have confessed, revising his initial testimony to police in which he said the toddler had been pushing a spirit house at an abandoned playground next to Thai Niyom Songkhro School on Paholyothin Road in Anusawaree sub-district on Sunday afternoon when the spirit house fell on the boy.

Woranart reportedly confessed to have fatally attacked the toddler, who at first refused to eat what the stepfather was feeding him, by violently hitting the boy in the chest multiple times until the child agreed to eat, Amnart said.

The suspect also claimed the boy refused to take a bath and so he again beat the toddler multiple times before bathing him, police said. The boy became unresponsive after the bath, so Woranart carried him to his mother, who works at a convenience store, and she rushed the toddler to a hospital, police said. At that time Woranart, who did not think the boy would die, claimed he had been injured by a spirit house falling on him. Under interrogation, he shifted his story to claiming the boy fell down a staircase, said police.

Amnart said a doctor pronouncing the boy’s death cited that he had sustained multiple assault wounds and his broken rib bone had punctuated a lung.

Woranart was charged with deadly assault, and police objected to his bail release when they on Monday brought him to apply for a criminal court’s first 12-day detention order.

Woranart said he was sorry, as he didn’t mean to hurt the boy but had merely wanted the toddler to eat and to bathe.