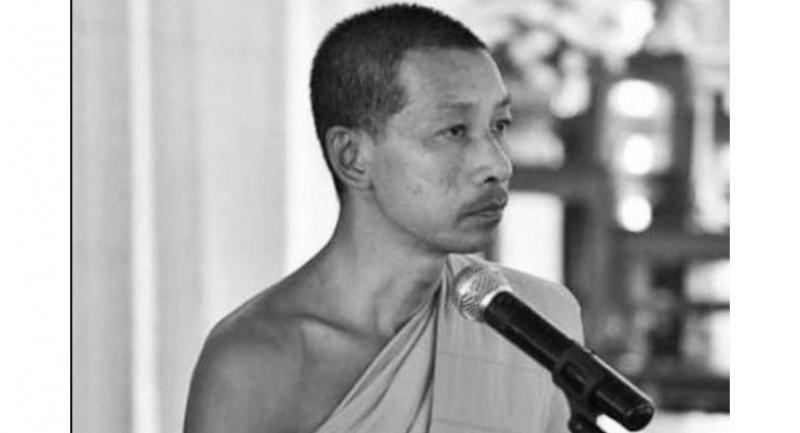 Human Rights Watch on Saturday said the deadly attack on civilians in a place of worship in Narathiwat province is a war crime.

“The ghastly attack on Buddhist monks by insurgents in Thailand’s deep south is morally reprehensible and a war crime, and those responsible should be held to account,” said Brad Adams, HRW Asia director.

Phra Khru Prachote Rattanarak, the abbot of the temple and also chief monk of the district, was shot at close range and died instantly at the site. Witnesses told Human Rights Watch they saw armed men arrive at the temple on motorcycles, open fire with assault rifles and then storm inside and shoot the monks at point-blank range.

The attack followed a pattern consistent with other insurgent attacks, and heightened fears in Su Ngai Padi district and other parts of the four southern border provinces.

Thai authorities have instructed all Buddhist monks in Pattani, Yala, Narathiwat, and Songkhla provinces to stay inside temples and cease their daily morning routine of collecting alms.

Since the outbreak of armed insurrection in January 2004, Barisan Revolusi Nasional (BRN) insurgents have targeted Buddhist temples and monks, which they consider emblematic of the Thai Buddhist state’s occupation of ethnic Malay Muslim territory. At least 23 monks have been killed and more than 20 wounded.

The insurgents have also targeted security personnel assigned to provide monks safe passage to and from temples.

The laws of war, also known as international humanitarian law, prohibit attacks on civilians and civilian objects, including houses of worship, or attacks that fail to discriminate between combatants and civilians.

The laws of war provide no justification for insurgent claims that attacks on civilians are lawful because those targeted are part of the Thai Buddhist state or that Islamic law, as they interpret it, permits such attacks.

The laws of war also explicitly prohibit tactics frequently used by BRN insurgents, including reprisals and summary executions against civilians and captured combatants, mutilation or other mistreatment of the dead, and attacks directed at civilian facilities.

Human Rights Watch has repeatedly condemned such violations by the insurgents.

Despite a peace dialogue between the Thai government and separatist groups under the umbrella of Majlis Syura Patani (Mara Patani), BRN insurgents have continued attacks on civilian targets.

“Both Muslims and Buddhists in southern Thailand are caught in the cycle of abuses and reprisals by insurgents and Thai security forces,” Adams said.

“The Thai government needs to prosecute the atrocities by its own forces as well as those by the insurgents if this horrific violence is to stop.”