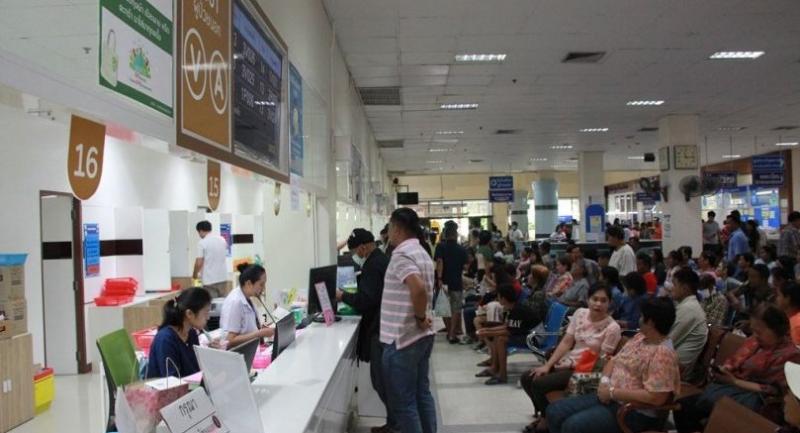 REPRESENTATIVES of the people’s sector are on edge as they wait for a Cabinet decision today on controlling the price of medical supplies and services.

The group is also claiming that approving the price control will not affect Thailand’s goal to become a medical hub, but will only help curb the overly high fees charged by private hospitals.

Supatra Nacapew, chief of the Independent Consumer Protection Committee’s sub-panel on food, drugs and other health products, said her group hopes that Commerce Minister Sontirat Sontijirawong will submit the proposal to the Cabinet today as he had promised earlier. Her group also hopes the proposal is approved, so a committee can later work out the details on implementation.

“Though medicines come under the Internal Trade Department’s list of price-controlled goods, little has been done because private hospitals still charge 400 times and sometimes even 700 times the price stated on the label,” she said.

“We are not saying that private hospitals should not make a profit, we are just asking them to be less money-minded and use more good governance and social responsibility,” she said. Supatra also cited some private hospital owners as having told her that a profit of 10 to 12 per cent was enough to cover a hospital’s operation, facilities and the hiring of multi-disciplinary staff at appropriate wages.

“A hospital’s profit should not exceed 20 per cent. It’s true that private hospitals are business units and must make profits, but so far I’ve heard that they make more than 33.7 per cent, which is too high. The government must step in to supervise and cap prices,” she added.

Medical hub dream ‘can be realised’

As for the private hospital association’s claim that controlling prices will affect the country’s goal to become a medical hub, she said her group does not support the idea of a medical hub because it causes a “medical personnel brain drain” from public hospitals to private ones.

“You [private hospitals] don’t invest in the development of medical human resources, but just swoop into use medical personnel and collect big sums for medical treatment,” she said.

However, she added, despite the price controls, Thailand’s aim to win the medical-hub status will not be affected, because Singapore – with a similar goal – also implemented price controls on medical treatment.

“We need to control profits and make the prices of medicine, medical equipment and medical services reasonable, and for this we need the government to announce this as a policy first. The details can be worked out later by the committee and the Internal Trade Department,” Supatra said, adding that the authorities have to be strong enough to do this despite pressure from influential investors.

Yupadee Sirisinsuk from Chulalongkorn University’s Faculty of Pharmaceutical Science, who is a member of the Independent Consumer Protection Committee, said several countries such as Japan, Singapore and Malaysia have imposed price controls in the health industry, and there is no reason why Thailand cannot do the same.

“It doesn’t mean hospitals will not make profits, but there should be some standardised controls in place to state exactly how much a hospital can charge so it has enough profits to spend on further development, while patients are not burdened with overly expensive bills.”