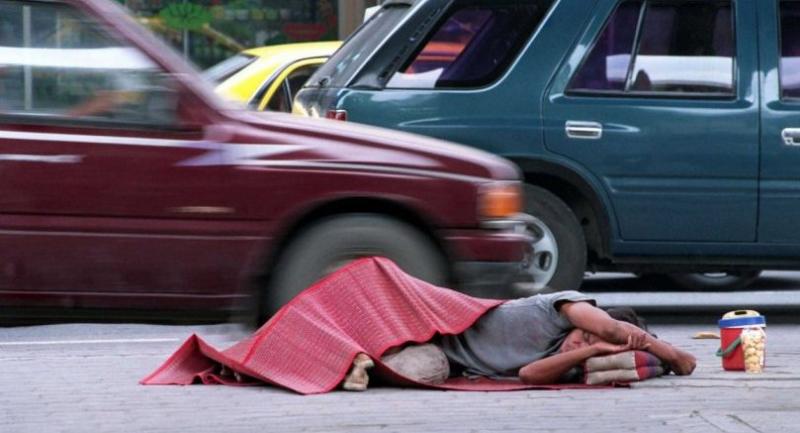 THERE HAS been a surge in the number of homeless people and sex workers in Bangkok, statistics provided by an organisation show.

The foundation also said that more elderly people and mentally ill people were living on the streets after being evicted from their homes by their families.

There is also an increase in the number of sex workers, especially in the Rajdamnoen area, Atchara said. Most of these women were factory workers who entered the trade for economic reasons, or because the factories where they worked had closed down.

These rising numbers show that Bangkok’s policies do not tackle the problem at its root, the foundation pointed out.

Although homeless people were forced out by the authorities from areas such as Phahurat, Sanam Luang and Khlong Lod, they did not disappear but simply moved to areas along BTS stations on the Sukhumvit Line, she said.

Also, state-run shelters that take care of the homeless and provide them with job training after they are “captured” are too crowded, as they also take care of elderly people, as well as mentally ill people.

And although they receive job training from these facilities, without the money to start a small business they have no other choice but to end up on the street again, Atchara said.

To tackle these problems at the core, the foundation proposed that the community play a more active role by providing job training to their community members. Once these homeless people are properly trained, recruiters from the Employment Department should find jobs for them.

The foundation also proposed that the state allocate a budget to provide financial support to families to ease the financial stress of taking care of elderly members.

It is not too difficult to make Bangkok free of homeless people, said foundation president Sophon Pornchokchai.

He said the Bangkok Metropolitan Administration should allocate 1 per cent of its total budget, or about Bt730 million, to take care of homeless residents.

With a Bt500 budget for each homeless individual, the BMA can provide basic needs such as food and shelter as well as give them job training, and employment support to enable them to “stand on their own feet”, he said.