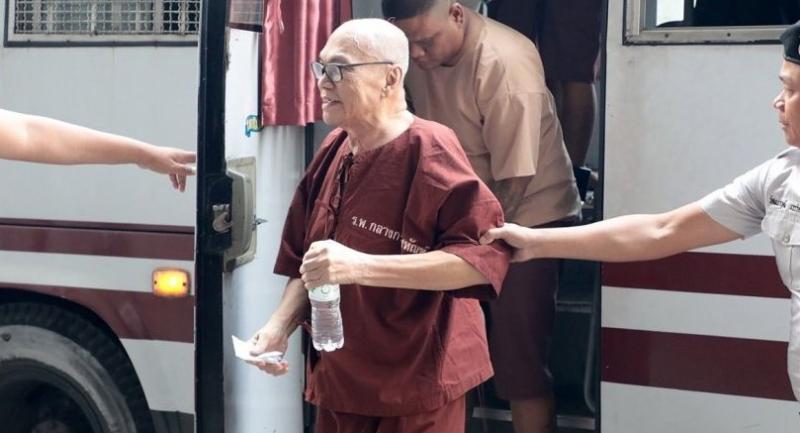 Sawat Saengbangpla, the 80-year-old former chairman of Chulalongkorn University Savings Co-operative, was sentenced to 20-years in jail on Thursday after being found guilty of money laundering linked to a lottery-investment scam.

Sawat's female accomplice Pavisaporn Baiket, 29, who received the Bt42 million from Sawat was given a three-year jail term over the money-laundering charge.

A third defendant, Jirachaya Khunyosying, 24, was acquitted as there was no convincing evidence to suggest that she knew about the two other defendants' wrongdoing.

Sawat was accused of luring people, including fellow lecturers, to invest in a multi-million-baht scheme, to buy and resell lottery tickets by promising that they would realise a high return of 1 per cent a month.

When Sawat fell behind in paying dividends and disappeared, victims filed complaints with police accusing him of fraud and resulting in an arrest warrant being issued for him on April 21, 2017.

Thursday's sentencing was among three cases filed by public prosecutors in relation to Sawat’s fraud.

Previously, the public fraud lawsuit saw Sawat being sentenced last November to a "200-year and 600-month imprisonment" for which Sawat would serve 20 years as per the legal imprisonment maximum limit of 20 years for this type of offence.

Sawat was also ordered to repay 100 victims - each at the varied rate ranging from Bt3 million to Bt39 million.

Another money-laundering lawsuit against Sawat and Methawat had seen Methawat - who pleaded guilty - sentenced to an eight-year and six-month imprisonment in November 2017. Sawat at the time maintained his innocence so the money-laundering case against him was pushed forward until this Thursday's verdict deemed him guilty and sentenced him to imprisonment.