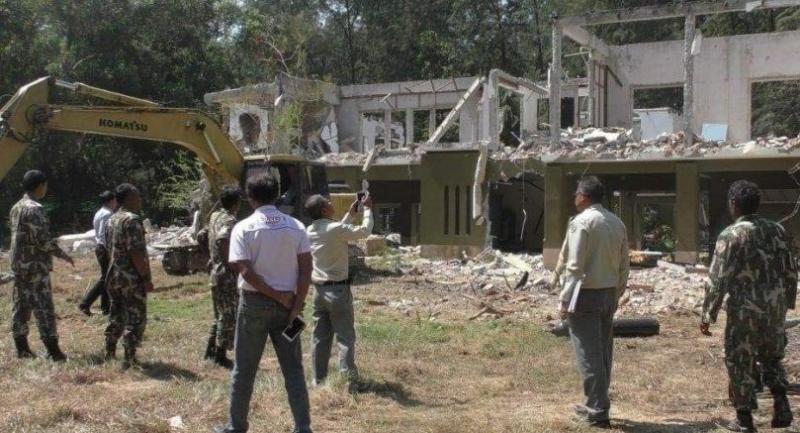 A firm has started demolishing a luxury hotel that encroached on the Chao Mai National Park and forest reserve.

The demolition is taking place in response to the Supreme Court’s order, which was issued early last year.

JBB was convicted of encroaching on the national park and forest reserve and ordered to remove the building and return the illegally occupied land to the Department of National Parks, Plants and Wildlife Conservation (DNP).

Although the hotel was operated under the Anantara brand, the chain was not involved in the illegal acquisition of the land and Anantara is not a defendant in the case.

“We are in the process of asking the court to set the deadline for building demolition,” said the director of Protected Areas Office, Opad Nilmungsor, last Saturday.

He said after the encroaching structures were removed, his office would rehabilitate the area.