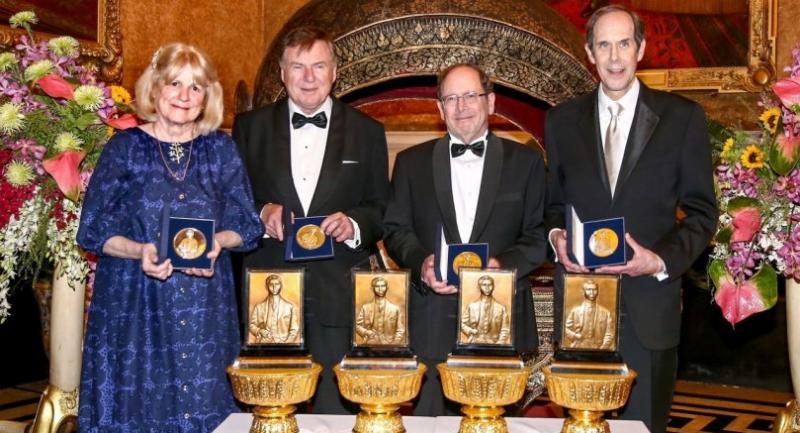 Laureates say publicity from honour is helping save lives in developing nations.

THE EFFORT TO eradicate cholera has been given a major boost thanks to the latest Prince Mahidol Awards.

Dr John Clemens and Dr Jan Holmgren, winners of the 2018 Prince Mahidol Awards in the field of public health, said that not only did the award help them find funding in their fight against cholera, it also raised public awareness of this deadly but preventable disease. They said this knowledge was most needed in poor developing countries.

Clemens is director of International Centre for Diarrhoeal Disease Research in Bangladesh, while his colleague on oral cholera vaccine (OCV) research and development, Holmgren, is a professor of Medical Microbiological and Immunology at Gothenburg University Vaccine Research Institute in Sweden.

Even though cholera is no longer a serious health threat in countries with good sanitation infrastructure, Clemens said it remains one of the deadliest killers in poor developing countries, especially in sub-Saharan Africa and South Asia, where many people still live in unsanitary surroundings.

Cholera is a gastrointestinal disease caused by Vibrio cholerae bacterium strains, which spreads mostly through the consumption of food and water that has been contaminated with human faeces containing the bacteria. It can be deadly as cholera patients can suddenly suffer from profuse diarrhoea and vomiting of clear fluid, which Clemens said can put a healthy person in coma within half a day due to severe dehydration.

The chance of death from the disease can be as high as 50 per cent if the patient does not get medical treatment in time.

“Cholera affects millions of people in 41 countries and kills as many as 100,000 per year. Hence, this disease is still a major health threat to humanity,” he said.

Even though the best way of preventing cholera is by improving sanitation and ensuring public access to clean food and water, it will still take several years, large sums of money and strong political commitment from developing countries.

Hence, Holmgren pointed out that cholera vaccination was the best and most efficient way of preventing outbreaks.

Holmgren said he and Clemens had developed the widely used OCV “Shanchol”, which has proved to be very effective in preventing cholera infection for up to five years and is also recommended by the World Health Organisation (WHO) for countries that are struggling to control cholera.

“Widespread immunisation of at least 60 per cent of the population can also effectively provide protection to the entire community, so the vaccination can be another promising method to achieve WHO’s goal of cholera eradication by 2030,” he said.

“The great honour of the Prince Mahidol Award is offering us the chance to further our campaign to save the lives of people in poor countries and help get public recognition of the cholera vaccine and the importance of the effort to control cholera.”