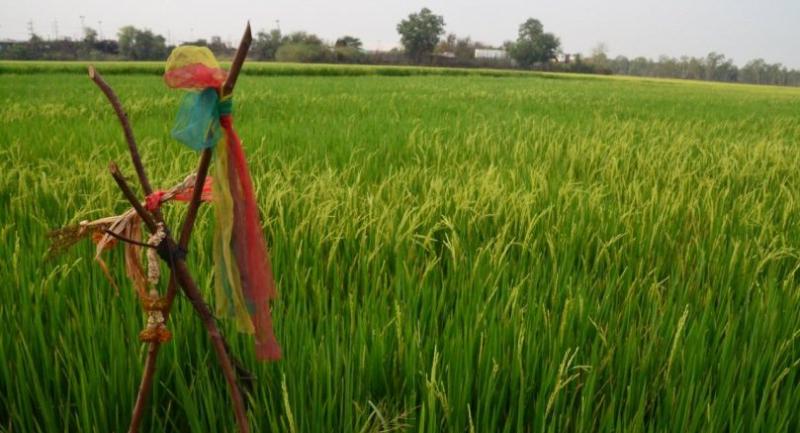 EVERYONE INVOLVED agrees that the rice bill – Thailand’s first legislation aimed at guiding holistic management of production – began with good intentions. But now that it’s sailed through first reading by the National Legislative Assembly (NLA), and despite a series of amendments in recent months, the devil is appearing in the details.

The NLA initiated the bill in a rush late last year, prodded along by groups of farmer representatives allegedly tied to state agencies such as the Rice Department.

The original bill, which didn’t survive the draft stage, was aimed at “developing and stabilising rice production and the supply chain and protecting farmers’ rights more effectively”, resulting in “the utmost benefit to the whole production process”.

According to the drafters, the 22-page bill’s six main sections foresaw the creation of a policy body overseeing rice production and management, pooling the authority of the Rice Department and other concerned officials, collecting “big data” on rice-grain trades, and setting out penalties for violations.

The most controversial current component is Section 5, which concerns the management and supervision of rice production. The production of and trade in different rice varieties remain the subjects of heated debate.

The original draft addressed the issue in Article 26, which proposed a ban on trade in certain rice varieties without state certification but made an exception for small-scale farming. The clause drew strong opposition based on the fear that farmers would still be forced to use only varieties produced and sold in the market by farm-business firms or else face jail.

Strong opposition by other alternative-farming and farmers’-rights advocacy groups resulted in the contentious article being dropped. Other articles were altered in the latest version to be tabled for second and third readings in the NLA coming week.

“The real problem with it is that the broad public participation it was supposed to have was lacking, so some critical elements were omitted that were essential to production management being able to withstand future challenges, including food security.” BioThai has been working with farmers across the nation for years and says it is the farmers who still lead the way in developing and improving rice varieties through their selection skills. World-renowned varieties such as Hom Mali, for instance, derived from that wisdom and skill, long before any state agency certified it, Witoon said.

Over the last 10 years, as interest in organic produce boomed, many rice farmers have parlayed their traditional skills as growers to become breeders. They’ve created new rice varieties such as aromatic Chor Ratree, which is Nakhon Sawan’s answer to Hom Mali and Pathum Thani 1 and the Yellow rice grain cultivated in Yasothon, which is full of folic acid, a boon to pregnant women.

These varieties tend to be exchanged among farmers and traded locally before earning state certification, a process that can take years because it involves scientific study to confirm that the variety’s distinctive traits are stable.

BioThai’s findings are in line with those of the Rice Department itself, which says up to 49 per cent of rice varieties are those developed and improved by farmers. That’s in stark contrast to the 6 per cent of varieties it has developed and certified, another 6 per cent coming from its community rice centres and cooperatives, and 18 per cent derived from rice-business firms.

All of this is ignored in the current draft of the legislation, which instead focuses on ways to regulate the state-certified varieties, Witoon pointed out.

And it extends state support only to farmers who grow the state-certified varieties. Worse, the greater authority given the Rice Department under the newly added Article 27/4 can also be enforced through the 1975 Plant Variety Act, which bars trade in uncertified plant varieties, including rice.

Witoon believes the bill runs counter to realities in the field and fails to correct mistakes made in the past. In India, he cited, rights of farmers to plant varieties are fundamentally protected in the 2001 Protection of Plant Varieties and Farmer's Rights Act, the point he views as being advanced in developing countries.

BioThai has asked the drafters to delay further deliberation so that the public has more time to weigh in on the issues.

“Rice is not just about products on the market, it’s about the way of life, the culture” said Witoon. “These dimensions need to be weighed before a decision is made so we can maintain the diversity and resilience that could help us survive against future challenges, including food security and control by big business.

“That resilience is in the hands of our farmers.”

Macro economist and rural-development policy advocate Nipon Poapongsakorn, a distinguished member of the technical staff at the Thailand Development Research Institute, said the current draft is better equipped to deal with the controversial ban on trade in rice variety. But the challenge remains how to maintain diversity in production while also maintaining high standards, he said.

Extending greater authority to the Rice Department seemed to be heading in the wrong direction, Nipon said. It should not play a regulator’s role, but rather serve as a research institute on rice production.

The new law, he concurred, should be written with an eye to meeting future challenges.