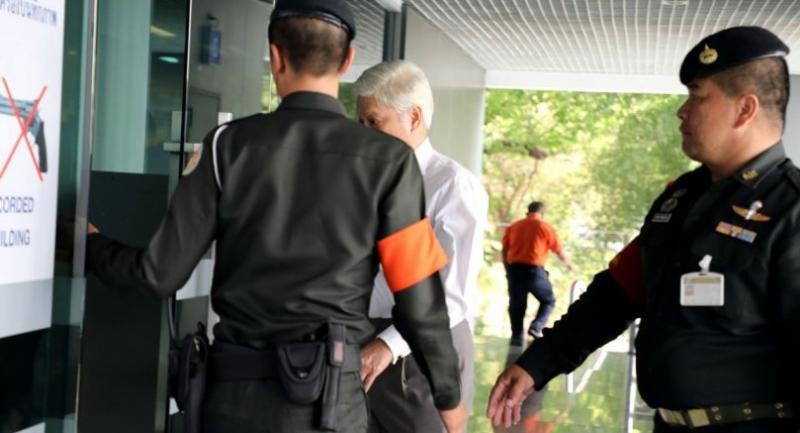 However, Yongyuth, 77, has been released on a Bt900,000 bail guarantee and seeks to file an appeal. According to his bail conditions, he is not allowed to travel overseas without prior permission from the court.

The Appeals Court convicted Yongyuth on Thursday morning of abusing his authority as the Interior Ministry’s deputy permanent secretary nearly two decades ago.

While at the Interior Ministry, Yongyuth had revoked an order issued by the Land Department and helped Alpine Real Estate and Alpine Golf and Sport Club unlawfully obtain two plots of land in Pathum Thani province.

The owner of the land, Nuam Chamnanchartsakda, had left these plots to the Thammikaram Worawiharn Temple in her will in 1969. However, in 1990, the executors of Nuam’s will were forced out and replaced by the Mahamakut Buddhist University Foundation.

The foundation then took the ownership of the land over from the temple, and later sold the plots to Alpine Real Estate and the Alpine Golf and Sports Club for Bt142 million.

The companies – owned by the friends and family of the late Snoh Thienthong, who was deputy interior minister in charge of the Land Department at that time – built a housing estate and golf course on the land. These assets were later sold to former premier Thaksin Shinawatra.

Yongyuth’s role in the case raised enough eyebrows for him to be taken to the Central Criminal Court for Corruption and Misconduct.

In 2017, the court handed down a guilty verdict and two-year jail term, which Yongyuth appealed, leading to on Thursday verdict.

The court said Yongyuth had deliberately ignored the guidance provided by the Council of State on the Alpine Golf Club case, and his claim that his decision was based on an Interior Ministry committee’s resolution of the case was unreasonable.

The court pointed out that Yongyuth had established the committee himself, after all.

The court also noted that after Thaksin bought the golf club from Snoh, Yongyuth was promoted to become Interior Ministry’s permanent secretary in 2002 and was given several key positions during Thaksin’s administration.