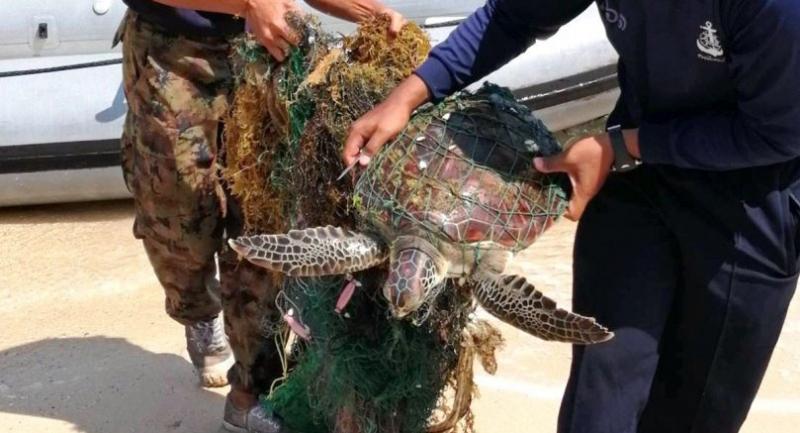 THE UNITED NATIONS has identified over-fishing and islands of plastic pollution as the major threats not only to ocean biodiversity but also to the livelihoods of billions of people who rely on bountiful seas.

The importance of marine biodiversity to the global economy and food security was highlighted on World Wildlife Day yesterday, which had as its theme “Life below water: For people and planet”.

The UN expressed grave concern over the unsustainable exploitation of fish stocks and plastic pollution.

The World Wildlife Day website noted that this was the first time the theme focused on life underwater. The objective was to persuade people to recognise the significance of marine biodiversity and its crucial importance to humanity, it said.

People were encouraged to keep the marine ecosystem healthy so that future generations can also benefit from the rich sea life.

The oceans are home to at least 200,000 identified species and scientists estimate that millions more marine species have yet to be discovered.

Thanks to this abundance, United Nations Development Programme administrator Achim Steiner pointed out, humanity has been able to rely on marine and coastal resources for millennia. The rich biodiversity continues to sustain the lives of some three billion people, providing them with food and nourishment.

Steiner said the value of marine ecosystem services and resources in the global market is estimated at US$3 trillion per year – about 5 per cent of global GDP. However, the bounty of the seas is in decline, he stressed, as human activities such as unsustainable exploitation of marine resources and pollution threaten the survival of many species.

Thon Thamrongnawasawat, a marine biologist at Kasetsart University, said marine wildlife in Thai waters is suffering too due to over-fishing and plastic pollution.

Thon believes the Thai fishing fleet is too large given the limited stocks remaining. He calculated that, if every fishing net in use were tied end to end, the chain would be 10 times longer than the entire coastline. He recommended stricter fishing restrictions in ecologically vulnerable areas and scaling down the fishing fleet to prevent over-exploitation of marine resources.

“I think Thailand is coping well,” he said. “The government recently clamped down on illegal, unreported and unregulated [IUU] fishing and the Pollution Control Department is working hard to ban single-use plastic to try and stop the flow of plastic waste into the sea.

“Nevertheless, the most important thing to effectively help us overcome these threats to the sea is raising public awareness, because we’re all part of the problem and we need to work together to solve it.”