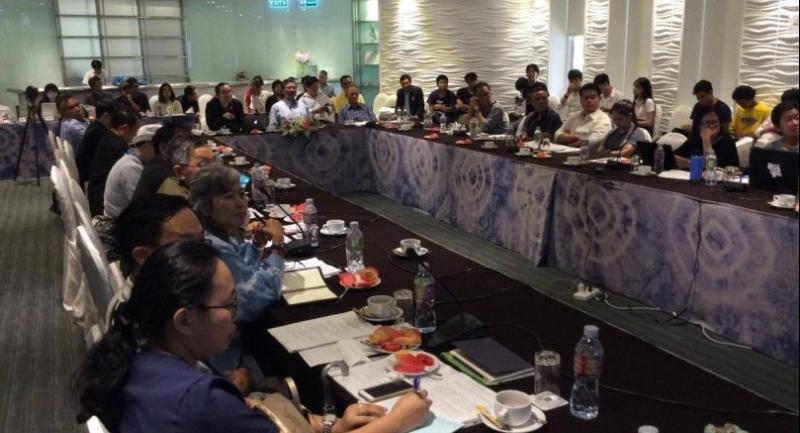 CIVIL SOCIETY groups have called on the government to extend the |special privileges it is offering to investors in the Eastern Economic Corridor (EEC) to local business activities and sustainable development.

They also urged the government to give priority to local solutions in solving ongoing land conflicts caused by the impact of investment promotion for the EEC.

Environmental and land rights experts on land rights joined academics and local residents of the EEC provinces in objecting to the corridor’s new city plan, which they say grants absolute administrative power over land to an EEC committee, thus fuelling land conflicts and intensifying social and economic disparities among the local citizens.

The groups and experts spoke yesterday at the seminar, “What are the Benefits of EEC Development to the Local People?”, which was held by Thailand Research Fund in Chon Buri.

Gunn Tattiyakul, EEC Watch coordinator, said that to relieve the impact of unjust development on the local people and environment, the government and the EEC committee should consider investing in development that matches the strengths and natural resources of each area, instead of granting huge benefits to giant corporations and foreign investors to further industrialise the provinces.

“Each of the three EEC provinces – Chon Buri, Rayong and Chachoengsao – has its special points that can developed upon. For instance Bang Pakong District in Chachoengsao province is one of the most important food production areas in the country, as the area is very fertile and rich with water resources and very suitable for agriculture and aquaculture,” Gunn said.

“By exploiting these strong points of each locality, the local people could get even greater benefit from EEC development, if the government and EEC committee considered [prioritising] sustainable development based on the local specialities and natural resources, rather than large scale industrialisation that will only benefit big investors,” he said.

He suggested that many privileges granted to investors by the EEC committee to promote industrial development in the provinces should also be applied to the local people and local SMEs to foster sustainable bottom-up economic progress.

“Large areas of fertile agricultural land in Chachoengsao are being converted into industrial parks, which will forever replace rich food production areas with polluting industries and displace many local farmers. Why not instead invest in agricultural businesses on these lands and turn Chachoengsao into a major food producer at the global level?” he said.

Pichai Rattanadilok Na Phuket, a lecturer at the School of Social and Environmental Development of the National Institute of Development Administration, called on the government to consider developing promotional zones for sufficiency-economy development, which would improve the local economy through sustainable development.

According to a study by Somnuck Jongmeewasin, a leading environmental academic in the EEC area, the new city plan for the three EEC provinces has become more purple-coloured than the previous city plan, as large swathes of green agricultural lands are replaced with the purple of industrial areas.