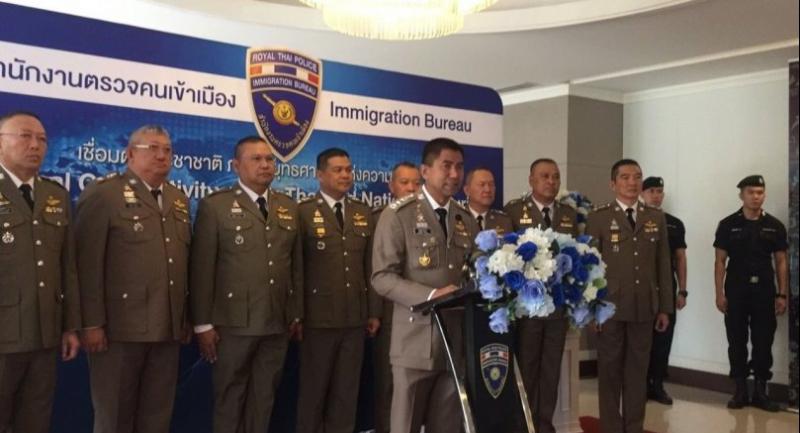 As part of an ongoing manhunt for a South African man who allegedly killed a Thai jewellery businesswoman at the weekend, police have contacted Interpol for help in locating the suspect, who has reportedly fled to Hong Kong, Immigration Bureau commissioner Pol Lt-General Surachate Hakparn said on Monday.

Surachate said police were in the process of gathering evidence to apply for an arrest warrant for South African national Mzwakhe Memela, 38, who was accused of killing businesswoman Susama Ruenrit, 35, from Kanchanaburi, whose body was found in a Bangkok hotel room on Sunday.

Once the warrant was issued, they would coordinate with Interpol and Hong Kong police to help locate and arrest the suspect, he said.

The police investigation was ongoing and had not yet uncovered the motive for the killing, nor established what relationship the suspect had with the murder victim, Surachate added.

Her lifeless body was later found at noon the same day by staff of the hotel, located on Soi Lat Phrao 130, after they had been no response to their knocking on the door.

They had used a spare key to enter the room following Susama’s failure to pay the required room charge.

Hotel staff alerted police after finding her body – which had suffered blunt-force trauma to the head – wrapped in a sheet.

Police said Susama had checked in to the hotel at 9.50pm on Saturday, before going out and returning at 4am.

Security cameras show Memela entering her room at 8am on Sunday and leaving at 8.45.

He is reportedly seen walking backwards to the elevator while staring at Susama’s room.

Police suspect Memela had gone to the room to cut a deal involving jewellery, but when negotiations went wrong, he struck and killed her.

In a separate but related development, Surachate on Monday also gave a policy address to 475 immigration police officers from the rank of inspector up to deputy commander, who had reported to their new assignments following the annual reshuffle.

He emphasised to them the police’s duty in suppressing transnational crime and arresting and deporting law-breaking foreigners.

Surachate also said that a draft amendment to the Immigration Act would be considered by the Cabinet on Tuesday.

If approved, the legal revision would help smooth the way for foreign investors’ legitimate business investments in Thailand, but would be stricter in regard to those foreigners whose investments harboured hidden intent for crime and fraud, he said.

He explained that among the changed content of the law would also be the requirement for a higher sum of money – from the current Bt800,000 – to be held in a bank account, and a longer period of more than the current six months that the money must remain in the account, with a view to preventing the cooking of bank-account details by foreigners seeking business visas.

As soon as it is implemented in the near future, this legal change – combined with the sharper and more detailed design of Thai immigration stamps – would be extremely useful in carrying out the immigration police’s mission, the Immigration Bureau chief added.