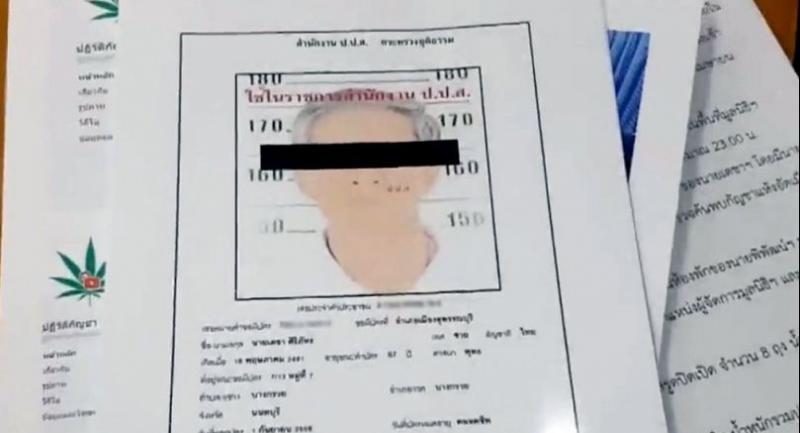 A DEFENDANT in a case involving cannabinoid drugs production and distribution was yesterday released on bail while another activist walked free as a warrant issue for him could not be found.

Biothai Foundation director Withoon Lienchamroon revealed yesterday that Suphan Buri Provincial Court had granted release to Pornchai Chulert, an officer of Khaw Kwan Foundation, on Bt600,000 bail. He had been arrested for producing and distributing cannabinoid drugs and had been in jail since last Wednesday. However, as officers could not find the warrant for another defendant, Decha Siriphat, in the system he was allowed to walk free without needing bail.

“We are going to make this case against medical practitioners who distribute cannabinoid drugs for patients for free, a historic one,” Withoon vowed. “We are going to fight the legal system and prove that it was the authorities who had broken the law and deprived people of their right to get the required medicines,” Withoon added. Komsarn Pokong, lecturer at the Faculty of Law, Rangsit University, questioned the legality of the action against Decha and Pornchai as the latest amendment to the Narcotics Act allows a 90-day amnesty period to owners and distributors of cannabinoid medicines.

Komsarn explained that according to Article 22 of the amended Narcotics Act, those who use, possess or are researching cannabis for medical purposes will have 90 days starting from the first day of the enforcement of this law to notify and register their possessing cannabis to the Food and Drug Administration. For 90 days – from February 19 to May 20 – those who possess cannabis are protected from any legal action.

“There have already been precedents of defendants being absolved in cases during an amnesty period. For instance, some were sued for possessing firearms during the amnesty period but they won the case. This case is similar and we can use the lessons from the previous cases to further litigate against the plaintiffs,” he said. “The lawsuit against Khaw Kwan Foundation was clearly against the rule of law and the officers responsible for this action can themselves be sued for abuse of power.”

Deputy Agriculture and Cooperatives Minister Wiwat Salyakamthorn said he was more than ready to do anything to help Decha and Pornchai over the lawsuits against them, as they had only tried to help fellow-humans who were sick with cannabinoid medicines.

“Decha is a very good and honest person. He is already more than 70 years old, but he continues to help people who are sick and are in trouble, even though his generosity may cause him problems,” Wiwat said.

“I would like to call on politicians, academics and experts to help Decha and his teammate on the legal issue of medical cannabis and allow them to keep producing cannabinoid medicines for those who need them, without any legal barriers.” He criticised the authorities for applying the law in this manner against Decha and Pornchai, as it was crystal clear to everyone that the men’s actions were benefiting the public as a whole.

“Arresting people like Decha and Pornchai will only benefit multinational pharmaceutical giants, as they are trying to monopolise the cannabinoid medicine market in our country.”