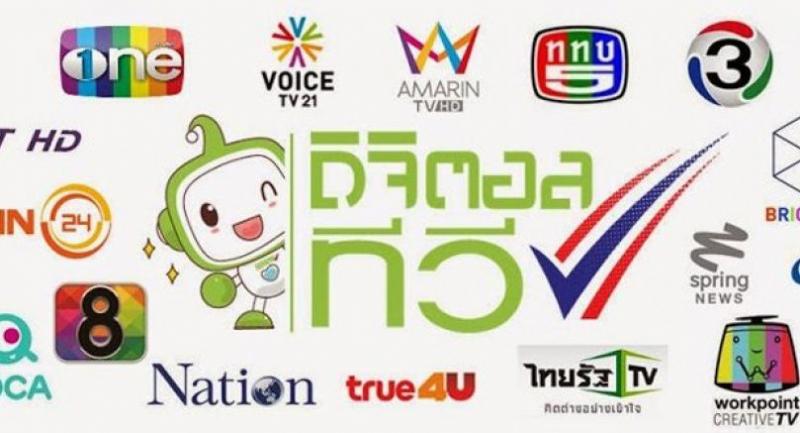 THE NATIONAL Council for Peace and Order (NCPO) yesterday announced measures to ease the financial burdens of the telecom and digital TV broadcast sectors.

The measures offer telecom operators a longer time to pay their 900MHz licence fees while digital TV broadcasters will have the option to return their licences to the broadcast watchdog.

The junta invoked its special powers under the interim charter’s Article 44 to launch the measures, which were published in the Royal Gazette yesterday. The measures went into effect immediately.

The junta said that the measures were aimed at helping ailing digital TV broadcasters survive the unfavourable business environment and encourage telecom operators to take part in the planned auction of 700MHz licence lots and 2600MHz licence lots, which are keys to develop the 5G service in Thailand.

Under the new measures, the National Broadcasting and Telecommunications Commission (NBTC) will split the total upfront licence fee for the 900MHz spectrum of the three licence holders into 10 instalments, giving them more time for payments from the current four instalments.

Licence holders opting for the new conditions must inform the NBTC within 30 days.

The total licence fee will be divided into 10 equal instalments. The first instalment payment under this measure will be the day they were awarded the 900MHz licences.

The relief measures, however, include a condition that makes it mandatory for them to take part in the planned 700MHz spectrum auction, which is expected to be held in June this year.

They would lose the extended payment facility if they do not take part in the auction and would have to pay as per the previous payment schedule.

In 2017, AIS and True made separate requests to the junta seeking ways to allow them to extend the payment period of the final instalments for their 900MHz spectrum licences.

Their request drew strong criticism and the government and regulator were urged not to concede, as it was argued that any easing of payments would benefit only the operators, not the country.

TUC and AWN won the 900MHz licences in 2015 and 2016, respectively while DTAC won the licence last year.

NBTC secretary-general Takorn Tantasith said that he was confident the 900MHz licence holders would take part in the 700MHz spectrum auction totalling 45MHz bandwidth. The NBTC is expected to split this total amount into licences of 5MHz.

The new junta measure also allows digital TV licence holders who want to exit their business to inform the NBTC within 30 days about their intention to return their licences.

The NBTC will also ask the digital TV broadcasters to migrate to another spectrum band from the current 700MHz band that they have used to provide service.

The NBTC will compensate them by waiving their remaining upfront payments for the fifth and sixth instalments.

Of the total amount of the upfront digital TV licence fee, 60 per cent – or around Bt34 billion – has already been paid. The remaining value of the fifth and sixth instalments is over Bt13 billion, Takorn added.

Thailand Development Research Institute (TDRI) president Somkiat Tangkitvanich said the government decision to exercise its special power to favour telecommunication operators was irresponsible and not in the national interest. The measure is equivalent to giving away Bt24 billion in revenue to big corporates, he said in his Facebook post yesterday. It is also not appropriate for the government to make such an important decision after the election, he added.