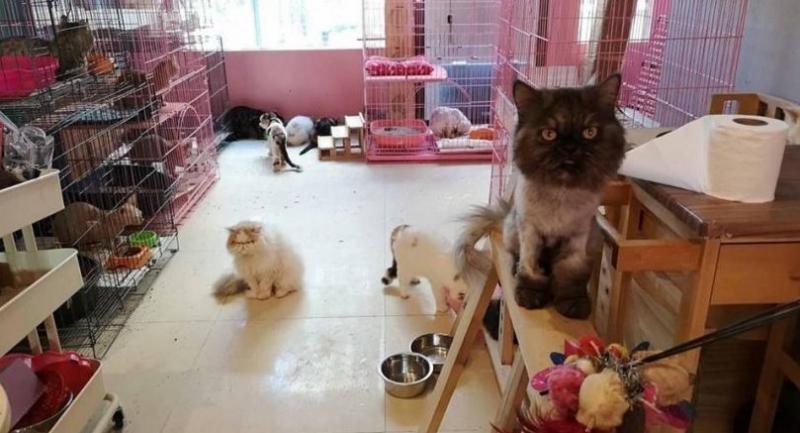 A Bangkok-based group has rescued 38 felines from a cat cafe in Watcharapol that had been closed since April 3 after the owner, a veterinarian, was reportedly arrested on fraud charges. Group member Thap-in Jirapremthanik on Tuesday posted on Facebook that the organisation started receiving reports last week about the cats.

He said the felines had little space and the conditions were unhygienic.

Thap-in claimed the unnamed veterinarian, who was known for breeding hairless Sphynx cats, had been mixing breeds to create new strains, which had allegedly led to many cat deaths. He said the group found some 10 cat carcasses in a fridge at the building where the owner operated a cat cafe on the ground floor and a cat hotel upstairs.

Thap-in said all the rescued cats were taken away for treatment.

They would not be given to new owners as that would require the owner's permission first and the cats might be used as evidence, he said.