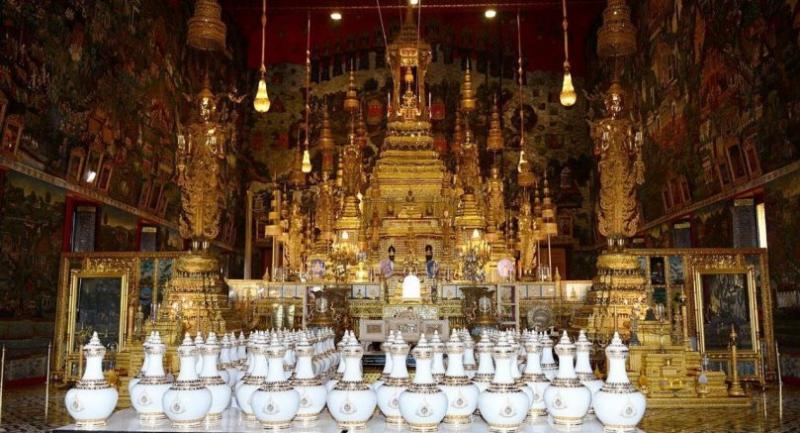 A parade was held on Friday to bring 86 jars of sacred water from a royal monastery to Wat Phra Kaew (the temple of the Emerald Buddha).

Attended by all provincial governors and top figures of the Interior Ministry, the parade started from the Wat Suthat Thepwararam Rajawaramahavihara. Its destination was the ubosot of Wat Phra Kaew, the only royal monastery inside the Grand Palace. The parade included a marching band, flag-holders and people carrying trays made of gold and silver. Collected from across the country, the sacred water will be used for the Coronation of King Rama X on May 4.

While being kept at the Wat Suthat Thepwararam Rajawaramahavihara, the sacred water underwent Brahmin and Buddhist rituals to invoke angels’ gatherings and blessings.