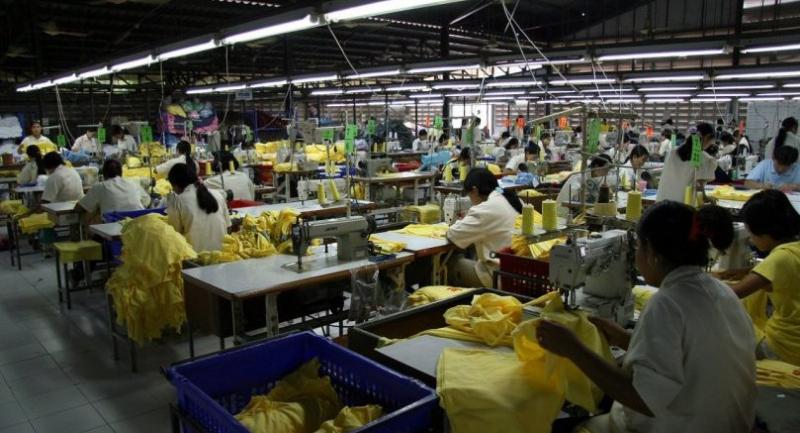 A MAJORITY OF Thai workers want the minimum daily wage set at a flat rate of Bt400 once the new government is in place. But, fearing a hike in prices of necessities because of the move, they also called for price controls, a recent survey by Bangkok Poll revealed yesterday.

Thai workers have been waiting for the Central Wage Committee’s decision on new daily wage rates to be implemented from June 1 onwards, after the central committee on April 22 ordered the provincial sub-panels for 46 provinces to review and re-submit their increment rates to the academic and screening sub-panel.

Although the central committee has yet to reach a conclusion, which would then be submitted for the Cabinet’s nod by May 14, a central committee source revealed the group may resolve to vary the rate of increase across the nation. The committee may agree to 46 provinces increasing the daily wage by Bt2, and 31 provinces by Bt2-Bt10. Bangkok (whose daily wage is now Bt325) and Phuket (now at Bt330) may get a Bt10 hike, while Samut Prakan (now Bt325) could get a Bt7 bump, and Chon Buri and Rayong (both now Bt330) could each get Bt5, the source said.

The Bangkok University Research Centre recently polled 1,160 workers in Bangkok and provinces in the vicinity about their hopes for a minimum-wage hike. It found 42.1 per cent of workers earned the minimum amount needed to meet daily expenses but had nothing left for saving, while 31.6 per cent said they were short of money to pay daily expenses and were forced to borrow. Only 26.3 said they earned enough to cover daily expenses and keep some for savings. A total of 49.5 per cent said the promises of various political parties in the recent national election for a flat-rate daily wage at Bt400-Bt425 had “much and very much” impacted their decision when voting while 50.5 per cent said otherwise.

Once the new government is in place, over half of the respondents expected the minimum daily wage to increase. Some 43 per cent of these people hoped for an immediately effective hike at a flat-rate of Bt400, while 15.3 per cent hoped the flat-rate Bt400 hike would be implemented in 1-2 years and 3.4 per cent hoped it would be in effect within three years. Some 38.3 per cent didn’t specify a time frame. The poll also found that 85.9 per cent of workers were worried over increased commodity product prices after a flat-rate Bt400 hike was implemented, and so 79 per cent of them also urged that the authorities cap the prices of goods to minimise impacts on the cost of living.

One-fifth (21 per cent) noted their fears about job termination and lay-offs as a result of a wage hike, while another 21.6 per cent said such a big hike would mean no increment for years afterward.

Asked if they would be interested in developing their skills if government agencies offered such training to meet a standard to be used in consideration of a wage increment, 62 per cent said yes “very much”.

The poll found they also wanted the new government to: control prices of commodity goods (79 per cent); provide and ensure welfare, worker safety and medical coverage for workers (53.6 per cent), create jobs and reduce the unemployment rate (37.7 per cent).