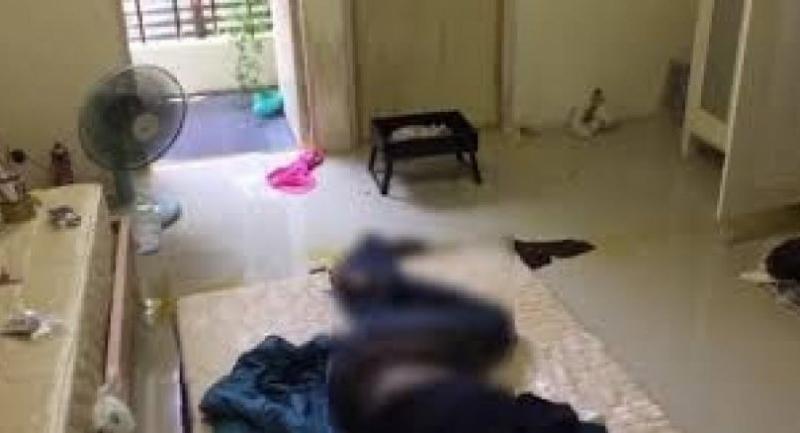 A 42-YEAR-OLD man who committed suicide after losing out in a shady loan deal, left a suicide note asking Prime Minister Prayut Chan-o-cha to make sure his family received justice.

His family have told police that his problems began in January last year when he sought a Bt140,000 loan through a money lender in Bangkok’s Lat Phrao district so he could expand his mobile phone business.

In order to secure the loan he gave the man his four-year-old Mazda pick-up truck worth about Bt1 million as collateral and said he’d repay the money within a month.

In fact two weeks later, according to his mother in law, Praiwan won Bt200,000 in the lottery and tried to contact the money lender to repay the loan and get back his truck. There was no answer on the phone number he had, however, and the truck has never been seen again.

When Praiwan reported the truck as stolen with Chokchai police in Bangkok, he was allegedly instructed to pay a Bt5,000 investigation fee but the probe got nowhere, resulting in stress and finally, desperation that drove him to commit suicide.

Rescue workers found two suicide notes – one was addressed to Prayut, recounted his frustration with police and appealed for the Prime Minister’s help in getting him justice; the other was addressed to the rescue foundation staff and contained his request to be cremated. Praiwan left behind his 29-year-old wife and two children.

His 54-year-old mother-in-law, in whose name the truck was bought, is now struggling to pay the 36 remaining monthly instalments of Bt10,423 and she fears being sued for the outstanding money.

“I hope police can get the truck back for us,” she said.

Praiwan’s accusation has landed Pol Lt-Colonel Pratuan Malaengtab of Chokchai police in trouble but the officer, who has been transferred to the Metropolitan Police Division 4 pending the result of an internal; inquiry, maintains he has done nothing wrong.

Police deputy spokesman Pol Colonel Krissana Patanacharoen said Metropolitan Police Division 4 commander Pol Maj-General Teerapong Wongratpitak had ordered a fact-finding probe against Pratuan. He has further vowed to impose disciplinary and criminal code punishments against him if it turned out he did indeed benefit personally in the truck inquiry.

Police summoned several suspects for questioning about the missing truck but only one showed up, so police would soon apply for arrest |warrants for the other suspects, Krissana said.

A police source said that one of those was Nonthaburi man Weerawat Sripidok, who was already wanted in five separate fraud cases.

Metropolitan Police Bureau chief Pol Lt-General Sutthipong Wongpin said the investigation against Pratuan was ongoing and that the accused officer had admitted both a delay in its progress and his failure to report its progress to the family.

Sutthipong said a meeting would be held later yesterday for city police investigators to remind them how to follow the correct regulations in future.

Chokchai superintendant Pol Colonel Chakkapan Chantara-uthai said a new police team would take over the truck theft case and pointed out that Pratuan had never been the subject of bribe complaints before.

He also confirmed that Pratuan would be questioned about the reasons for the lack of progress in the investigation and the failure to report back to the victim.

Praiwan should have been told by Pratuan that one suspect had already been arrested in February over the alleged truck theft case, he added.

Pratuan has told reporters he didn’t demand any money and had conducted the investigation in accordance with police regulations. In Roi Et’s Chaturaphak Phiman district, Praiwan’s mother-in-law Sanong (last name withheld) said Praiwan’s widow and two children were now in shock and grieving over his suicide.

“He was a good and diligent man so four years ago, I used my name to help him purchase the truck via a Thanachart Bank car finance contract that required 84 monthly instalments for his use in expanding his mobile phone-selling business in Bangkok,” Sanong recalled.

The missing vehicle is a bronze-grey Mazda pick-up truck with the licence plate number Kor Tor 6723 Roi Et – if anyone spots it they are asked to contact Chokchai police in Bangkok.