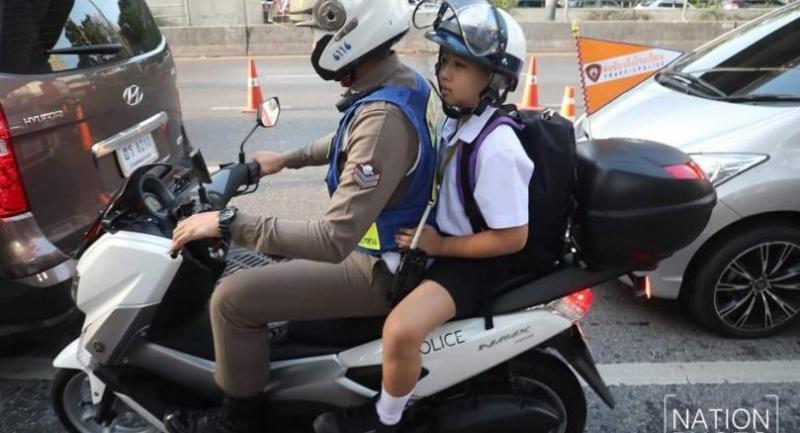 In a bid to ease traffic congestion outside Bangkok schools at the start of the new semester, police are providing a free motorcycle service to ferry kids to class from five designated locations.