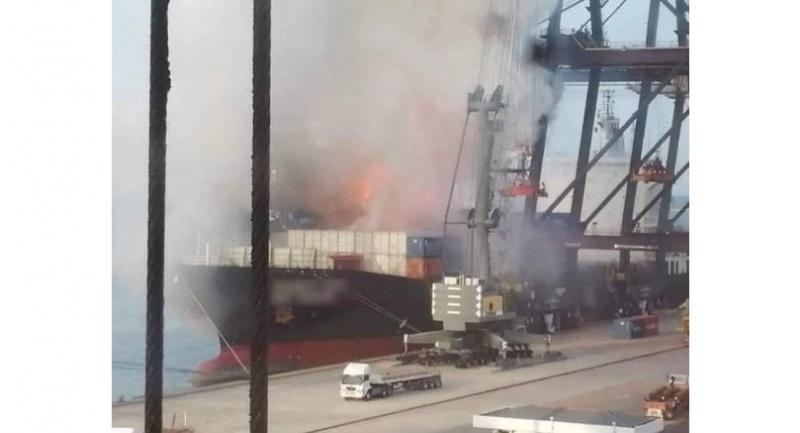 Preliminary investigations have not found any toxic chemicals at Laem Chabang Port, which suffered a disruption due to a fire on Saturday morning, the director of Thailand Port Authority, Kamolsak Phromprayoon, said.

The KMTC Hong Kong, registered as a South Korean ship, caught fire in the early hours of Saturday at the port in the Sri Racha district of Chon Buri province. It had unloaded more than 400 containers of goods but a fire broke out when 35 containers still remained on board. Some of the containers were scheduled to be delivered to Vietnam and to the port in Samut Prakan province, close to Bangkok.

Locals living in the vicinity were evacuated and at least 25 port workers were injured.

Meanwhile, Yutana Phoolpipat, the director of Customs Department Office at Laem Chabang Port in eastern coastal Thailand, said some chemical goods were responsible for the fire. The department, however, said those goods were neither smuggled into the country nor were falsely declared, he said .

Officials would inspect the goods in those containers and find out the cause of the fire, he added.

Laem Chabang Municipality officials have set up a support centre for affected people who want to file complaints and seek compensation.